Nathalia Norah Ramos Cohen (also known as Nathalia Ramos) (born July 3, 1992) is a Spanish actress. Ramos starred in House of Anubis as the main character, Nina Martin, who travels to England in order to attend a mysterious boarding school. She confirmed via Twitter that she would not return to House of Anubis for a third season due to her concentrating on college, though she would consider returning to it at least for a few more episodes. She was also featured on True Jackson, VP, portraying Dakota North in the episode "Babysitting Dakota", and also appeared in some episodes of BrainSurge and the revival of Figure It Out.

Ramos was born in Spain on July 3, 1992 to a Spanish pop star father (Juan Carlos Ramos Vaquero, usually known by his stage name, "Ivan") and an Australian mother. She moved to Melbourne, Australia at age two, then relocated to Miami Beach when she was four. Ramos attended North Beach Elementary, Nautilus Middle School in Miami Beach and briefly attended Miami Beach Senior High during her freshman year. She was raised in her mother's Jewish religion (her mother is Sephardic). 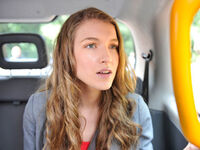 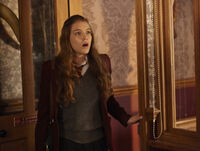 And a little moment of "Fabina". 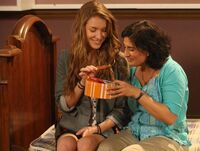 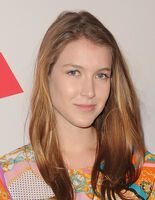 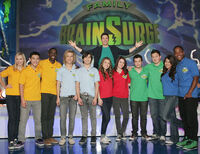 Nathalia Ramos and Jade Ramsey from House of Anubis along with other Nick stars on BrainSurge. 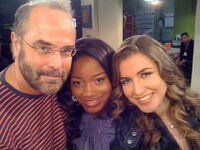 Nathalia Ramos and Keke Palmer on the set of True Jackson, VP

Nathalia Ramos in a bikini

The Stars of Bratz

Add a photo to this gallery
Retrieved from "https://nickelodeon.fandom.com/wiki/Nathalia_Ramos?oldid=224049"
Community content is available under CC-BY-SA unless otherwise noted.