The theme of this year's show was science and chemistry. The Barker Hangar was transformed into Nickelodeon's "B.L.M. (Bigger, Louder, Messier) Laboratory", with all kinds of gadgets and experiments onstage. Periodically, the lab's slime supply would overload. When this happened, an alarm would sound, and the excess slime would be diverted to various parts of Barker Hangar, sliming parts of the audience in doing so.

This was the first year to feature a "Slime World Record" stunt. Outside of Barker Hangar, BMX pro Dave Mirra performed a backflip on his bike into a tank of slime. This was also the first year to utilize slime geysers and hoses, pieces of sliming technology that are still used to this day.

The short Secrets of the Jimmy Neutron Movie premiered after the ceremony as a special preview for The Adventures of Jimmy Neutron, Boy Genius.

Spider-Man also appeared in the show as the Nick B.L.M. Labs' private security, coming in to stop the thief who stole the Best Burp trophy. 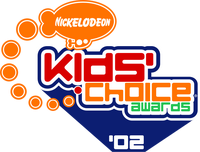 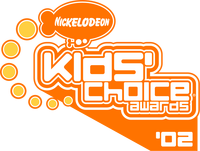