Bruce Gowers
The 19th Annual Nickelodeon Kids' Choice Awards were held on April 1, 2006 at the Pauley Pavilion in Los Angeles, California. Jack Black hosted the ceremony, which was watched by over 5.9 million people. Black would return to host the Kids' Choice Awards in 2008 and 2011.

The 2006 KCAs are notable for being the one that almost never had a sliming, largely due to a unique restriction placed on the slime. Since the 2006 show took place on April Fools' Day, in order to be slimed, a celebrity had to say "April Fools!" while picking their nose. After various celebrities tried (and failed) to figure out the password, Robin Williams saved the show from being slimeless by cracking the code and performing the required action.

The show itself took on a circus theme, with various circus performers appearing to announce the winners and perform during commercial breaks. The show also featured a special edition of the annual burp contest entitled "Burping with the Stars", hosted by Dancing with the Stars host Tom Bergeron and featuring a head-to-head burp-off between Justin Timberlake and Hugh Jackman. Timberlake proved to be the winner of this bout.

The telecast was preceded by the premiere of the SpongeBob SquarePants episodes "Krusty Towers" and "Mrs. Puff, You're Fired" and was followed by the Romeo! season premiere, "Driving Me Crazy". 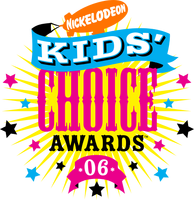 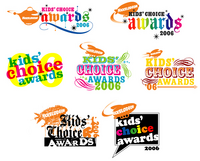 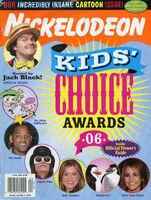