Nickelodeon
Register
Don't have an account?
Sign In
Advertisement
in: Character stubs, My Life as a Teenage Robot characters, Humans,
and 5 more

Brad Carbunkle
My Life as a Teenage Robot character

"My Neighbor was a Teenage Robot"

"Slow down there, slugger. You seem to be light one baseball."
Bradley "Brad" Carbunkle is a character from My Life as a Teenage Robot. He is an adventurous teenage boy who is Jenny Wakeman's best friend, and always tries to help her in any way, despite that he tends to cause more trouble than he prevents.

Brad made his debut appearance in the pilot episode "It Came From Next Door". He is first seen reading a magazine outside in a lawn chair. He also drives a white 1995 crown victory p71.

Brad is a human adolescent male with apricot-colored skin, spikey orange hair, and dark-colored eyes. He usually wears a white dress shirt with a black vest over it, khaki pants, and black dress shoes.

Brad is known to be very adventurous, and enjoys tagging along when Jenny fights crime. He is also known to be a ladies' man and he tries to get other girls to like him; however, many of the girls he tries to flirt with reject him. Brad dislikes being on the sidelines. Brad is also observed on many occasions as being stubborn. In the episode "Unlicensed Flying Object", Brad portrays his more stubborn side of his personality by disregarding his safety having been told not to interfere with anything dangerous. He also has been observed as being slow or unperceptive, which sometimes annoys Jenny. 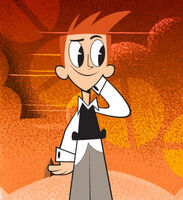 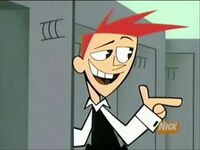 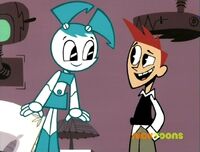 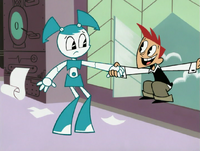 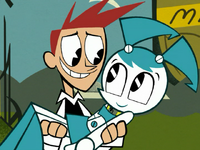 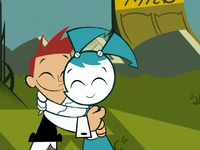 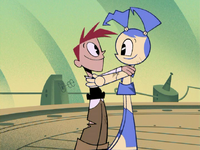 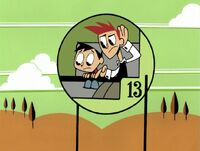 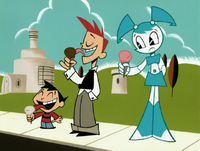 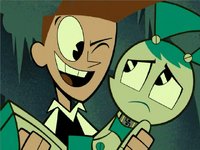 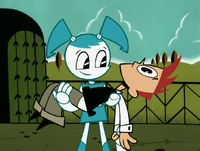 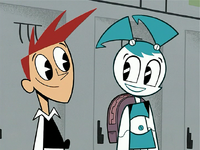 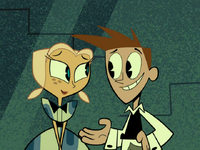 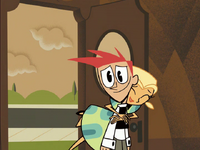 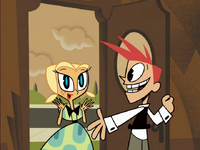 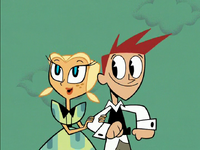 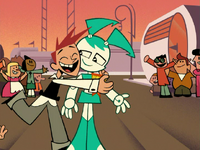 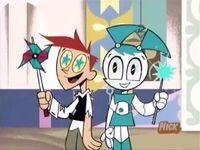