Breanna Nicole Yde (born June 11, 2003) is an Australian-born American teen actress who is best known for portraying Tomika in School of Rock. Yde portrayed Frankie Hathaway in The Haunted Hathaways. She also appeared in the Nickelodeon movie Santa Hunters in the role of Zoey, and voiced Ronnie Anne Santiago in the first three seasons of The Loud House. Outside Nickelodeon, Yde has voiced Little Mariah in the 2017 direct-to-video animated film, Mariah Carey's All I Want for Christmas Is You, and will star in the Netflix original series, Malibu Rescue.

Yde was born in Sydney, Australia before moving to Los Angeles, California at age 2. She then moved to Rancho Santa Fe, California in 2008 before moving back to Los Angeles in 2012. Yde started her film career in the Social Studies short film. Later, she guest-starred in the How I Met Your Mother episode, "Challenge Accepted". Yde officially began her career at Nickelodeon with her role as "Frankie" in The Haunted Hathaways. 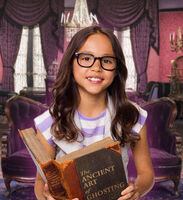 "Frankie Hathaway" in The Haunted Hathaways 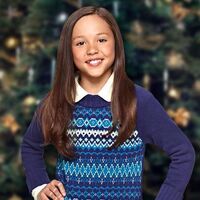 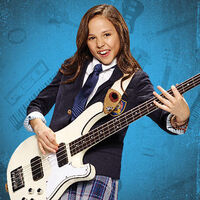 "Tomika" in School of Rock 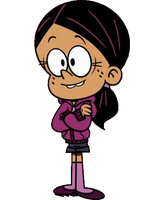 Retrieved from "https://nickelodeon.fandom.com/wiki/Breanna_Yde?oldid=251262"
Community content is available under CC-BY-SA unless otherwise noted.