On The Fairly OddParents, he voiced recurring character Dr. Rip Studwell, and also Dr. Bender and Wendell Bender, after Gilbert Gottfried was unable to reprise the latter two roles. In the first live-action movie based on the series A Fairly Odd Movie: Grow Up, Timmy Turner!, he played the waiter at the restaurant Timmy Turner and Tootie had their date. On T.U.F.F. Puppy, he voiced Agent Rodentski and Agent Weaselman in "Share-A-Lair".

After 20 years, Butch Hartman left Nickelodeon on February 2, 2018 after publicly announcing his departure on February 8, 2018 on YouTube. Despite this, Bunsen Is a Beast was his last Nicktoon created for Nickelodeon in 2017.

His writing/directing/storyboarding/voice acting credits is too big to fit in this page, so here's his pages from the respective wikis of his shows: 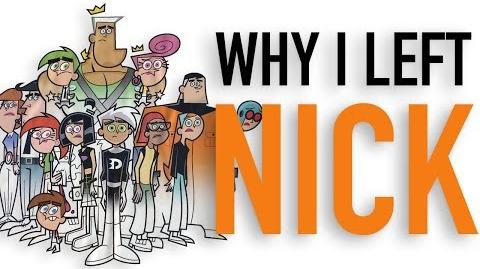 Why I Left Nickelodeon 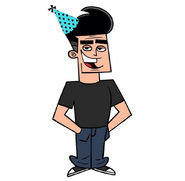 A cartoon version of Butch Hartman (with a party hat) stands here, and he strongly resembles Rip Studwell.