Cap'n Turbot is the PAW Patrol's most frequent caller who serves as an official member of the team in the Merpup-themed special episodes. He is a super-smart, nerdy marine biologist and the watchman of Adventure Bay. His main vehicles are a boat called the Flounder and an orange diving bell.

Cap'n Turbot first appeared in the series premiere episode "Pups Make a Splash". He first served on a mission in the double-length special "Pups Save a Mer-Pup". He is one of the four "later" members of the team, along with Robo-Dog, Everest, and Tracker. His call-outs are "Turbot tackles trout!" and "This Cap'n can do!"

Cap'n Turbot is tall with fair skin and long brown hair. His main outfit consists of a red knit cap, a blue polo shirt, yellow suspenders and brown boots. He wears blue glasses of a square shape. On underwater missions, he wears a yellow-and-blue scuba diving suit with red trim and flippers. He often wears a strap over his neck to hold his camera.

Cap'n Turbot adores animals and science. He is always ready to lend a helping hand to the PAW Patrol, and his vast animal knowledge often comes in handy. He loves to research rare creatures, usually with the help of his cousin Francois, who works as a zoologist and nature photographer.

The Cap'n is also quite skilled with technology. His favorite invention is Blimpie, a high-tech weather blimp he made, complete with a digital thermometer, barometer, wind-speed indicator, and a camera. He is known to upgrade his boat and diving bell with new machinery from time to time.

Cap'n Turbot owns the Seal Island Lighthouse and acts as Adventure Bay's watchman. He has an obvious habit of speaking alliteratively and using complicated terms; the pups do not always understand him and sometimes need Ryder to translate for them. 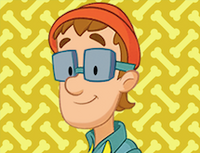 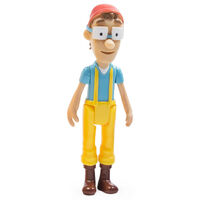 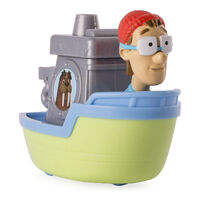 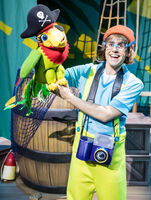 Cap'n Turbot in the theme song 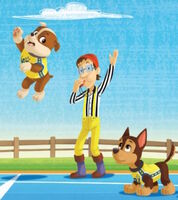 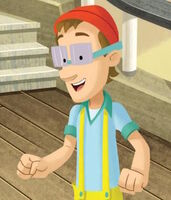 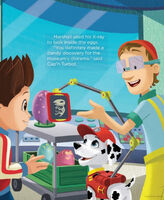 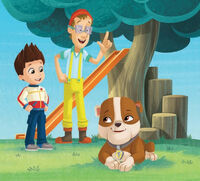 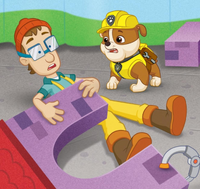 Add a photo to this gallery
Retrieved from "https://nickelodeon.fandom.com/wiki/Cap%27n_Turbot?oldid=262385"
Community content is available under CC-BY-SA unless otherwise noted.