Nevel Papperman; Jonah; Lewbert; Chip Chambers; Nora Dershlit; Missy Robinson
'Carly Shay is the titular protagonist of iCarly. She is the sister of artist Spencer Shay, the best friend of Sam Puckett and Freddie Benson and the host of the web show iCarly. She resides in the complex Bushwell Plaza, in Apartment 8C. She was portrayed by Miranda Cosgrove as a teenager, and Jadin Gould as a child (flashback only). She returned in the remake on Paramount+.

Carly is a kind, easy-going, caring and beautiful girl who would do anything for her friends and loved ones. She does well in school (though it has been mentioned that she has trouble in science) and hates getting into trouble or breaking the rules. She usually manages to keep herself out of trouble, though sometimes she finds herself taking the blame for her best friend Sam's wrongdoings.

Carly is the peacemaker of the iCarly gang, and usually has to get between her friends Sam and Freddie when their fights get out of hand. She appears to suffer with claustrophobia, and has a panic attack whenever she is confined to a small space. On the iCarly website, it was also mentioned that she has a fear of birds, though this has not been addressed on the show. She is easily grossed out, and is described by Sam as "soft and girly and weak".

Carly shows singing ability in several episodes, leading a funeral party in a rendition of "Amazing Grace" and stepping in for Gordon when he was unable to finish his song in the episode iDo. She is known for her gorgeous appearance such as lipgloss, dresses and make up.

Relationships with other characters

Carly and Sam met when they were about eight years old, and Sam wanted to steal Carly's tuna sandwich. When Carly fought back, Sam was impressed and the two eventually became friends. Carly acts as a moral guardian to Sam, while Sam will beat up anyone who hurts Carly. Although they have fights every now and then, they never last very long and the girls can always rely on each other.

Freddie is Carly's best friend and she cares about him deeply. If Sam is unavailable for some reason, he is one of the first people she goes to for help. Freddie always had a crush on Carly and they dated for a short time after he saved her life in ISaved Your Life, but broke up because Freddie didn't want a relationship based on what he did for her. It has never been mentioned again until recently; Freddie may have started to have feelings for her again because he was sending her signals in iOpen A Restaurant. In iGoodbye, it was shown that Carly still had feelings for Freddie when she kissed him before she left for Italy with her dad. Freddie's feelings for her were obviously returned, because he kissed her back and later did a double fist pump into the air in triumph. This made their love for each other canon, although their relationship status currently remains unclear.

Carly and her brother Spencer clearly have a strong relationship for each other as a brother and sister. Spencer clearly cares for Carly, even though he isn't the most responsible guardian ever. Carly acts as the voice of reason or as an emotional support when needed. As seen in the episode "iChristmas", Carly gets really upset with Spencer because he accidentally burns Carly's presents on fire. But in many episodes, Carly and Spencer show a lot of love for each other in the show.

Carly and Gibby have known each other for four years. She has shown a little attraction to Gibby, and Gibby may be attracted to Carly. They are very good friends, and he's a recurring guest on her webshow. Carly once mentioned that Gibby was "sweet, cute, and fun" and considered asking him to the Girls Choice Dance. 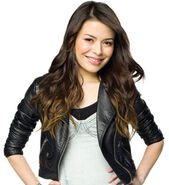 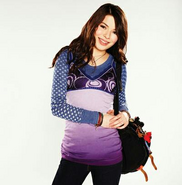 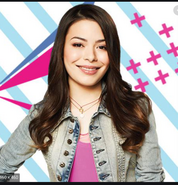 Carly and Sam in a soda can

Carly and Sam in an ice cream cup

Carly, Sam and Freddie in a Nick UK website 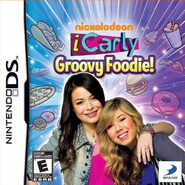 Carly and Sam in a Groovy Foodie game 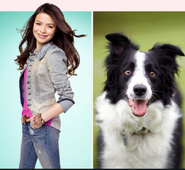 Carly Shay with a Border Collie 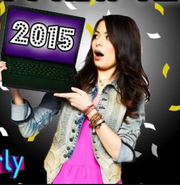 Carly and friends striking a pose

Carly, Sam and Freddie on the Nickelodeon "Every Weekday" Promo

Carly Shay as a Mii

Carly and Sam on the What Happens Next game 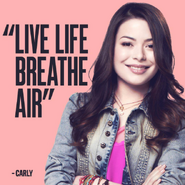 Carly Shay next to a message

I Love You Like Freddie Loves Sam ...and Carly 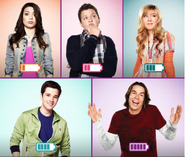 Your Current Battery Level is your iCarly Character 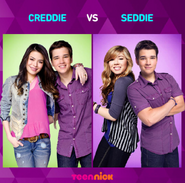 "Ooh, I love it when you talk all techie."

3 Valentine's Day Personalities; Which one are you?

A Message to iCarly

Carly Like Summer; Do You?
Deutsch Nederlands
Community content is available under CC-BY-SA unless otherwise noted.
Advertisement