Nickelodeon
Register
Don't have an account?
Sign In
Advertisement
in: Character stubs, Females, Clarissa Explains It All characters,
and 6 more

The Weinerville New Year's Special: Lost in the Big Apple

Sam Anders
Clarissa Marie Darling is the main character of Clarissa Explains It All, played by Melissa Joan Hart.

Clarissa is a smart, sarcastic and realistic teenage girl. Despite her rationalism, she often tends to exaggerate any problem she's facing. She was approximately 14 years old when the series began and was a 9th grader at Thomas Tupper Junior High. Clarissa is pretty and popular and generally well-liked by her classmates. Her interests include photography, journalism, and rock music. Though she is usually mild-mannered, she can be just as selfish and calculating as her younger brother Ferguson. Clarissa is best known for her unique teenybopper fashion sense, often colorful and mismatched. Her catchphrase is "Hi, Sam!" followed by a guitar stinger. 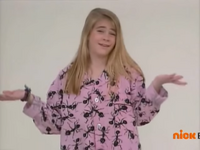 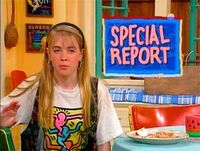 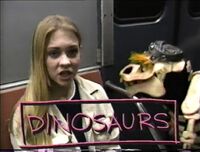