Nickelodeon
Register
Don't have an account?
Sign In
Advertisement
in: The Loud House characters, Humans, Kids,
and 20 more

"Left in the Dark"

The Clydesdale (by Lynn, Bobby, and Lincoln)

Clyde McBride is Lincoln's best friend and former classmate who is one of the main characters on The Loud House. He is a nerdy, intelligent African-American boy who is the adopted only child of same-gender couple, Howard and Harold McBride. As Lincoln's best friend, Clyde shares a lot of the same interests as him, such as video games and science fiction movies, and is always willing to help his buddy Lincoln in his endeavors. Together, he and Lincoln often refer to themselves collectively as "Clincoln McCloud". In the show's earlier seasons, Clyde was often distracted by his obsessive crush on Lincoln's oldest sister, Lori, and had trouble acting normal around her, though he has since gotten over this.

As revealed in the episode "Deal Me Out", Clyde and Lincoln met at the age of five by literally bumping into each other on Halloween night. The two quickly became best friends over their shared fondness for the superheroes Ace Savvy and One-Eyed Jack.

Clyde is awkward, caring, nerdy, and clumsy (like Lincoln, Lori, and Leni), but sweet and supportive at the same time, and Lincoln can always count on him for help. Like Lincoln, Clyde has a passion for comic books, video games, and science fiction movies. He is also a cat lover and owns two cats that he loves very much, despite how his oldest cat Cleopawtra often misbehaves.

Clyde is quite intelligent beyond his years. He knows how to do taxes and about table manners as seen in "A Tale of Two Tables" and knows how to take care of babies. In addition, he seems mildly rich through his parents, given his nice house and lifestyle as shown in "Attention Deficit" and "Roughin' It". He is socially inept, but ultimately a very friendly and kind person. Clyde is patient and enjoys the company of all of Lincoln's sisters, since he gets lonely with being an only child.

Clyde is very cowardly, neurotic, timid, cautious, and worrisome. He has asthma, which requires him and his dads to carry an inhaler everywhere. According to his parents, he cannot consume meals with too much sugar or orange juice with pulp. Clyde is allergic to all kinds of nuts, especially peanuts, as well as gluten (possibly non-celiac gluten sensitivity). "Dance, Dance Resolution" shows that he suffers from acrophobia, a fear of heights, and can show severe signs of altitude sickness because of it. Clyde often panics and overreacts; when he does, he hyperventilates into a paper bag that he carries with him at all time.

Clyde is a huge fan of Blarney, the show's version of Barney the Dinosaur as seen in "The Price of Admission". He knows all of Blarney's songs by heart. He also owns many stuffed animals that keep him company. Clyde has his own laptop and a white noise machine in his room. "April Fools Rules" shows that he has a baseball trophy, possibly passed down from Harold (who used to be a baseball player).

A running gag in the show's first two seasons is Clyde's unhealthy and obsessive crush on Lori. Seeing, hearing, or even thinking about her would cause him to freak out, bleed profusely through his nose, and act like a malfunctioning robot in some cases. He occasionally faints as well. In his closet, Clyde has a shrine filled with candid pictures of Lori and treasures things she gives him or has touched or he has stolen from her. Clyde also sends Lori gifts, as seen in "Change of Heart", but Lori stores Clyde's gifts in a box. He even once tried sabotaging one of Lori and Bobby's dates in "Save the Date", which he ultimately failed at. This eventually quietly came to an end during the third season; the episode "Absent Minded" and the storybook Campaign Chaos! mark the last mentions of his crush on Lori, with Season 4 not mentioning it at all, and the Season 5 episode "Ghosted!" showing him interacting with Lori for an extended amount of time without once swooning over her. In "Be Stella My Heart" (the episode immediately following "Absent Minded"), Clyde was shown to have a crush on his new classmate Stella; and in "Brave the Last Dance", he had developed a crush on his fellow dance-planning committee member, Emma, only to be rejected by her and ultimately finding a new crush, this time mutual, in another committee member, Chloe.

In the above-mentioned "Absent Minded", Clyde became Royal Woods Elementary's junior administrator after winning a perfect attendance award. He also ran for school treasurer in the chapter book Campaign Chaos! and managed to win against his opponent, Chandler, though this was never elaborated on within the show itself before the time-skip at the start of Season 5. At Royal Woods Middle School, he, Lincoln, and their friends are now the staff for the school's morning news program. 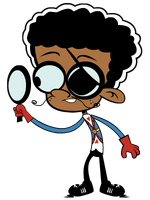 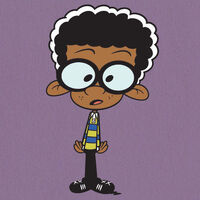 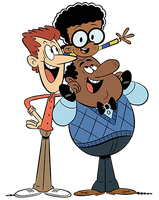 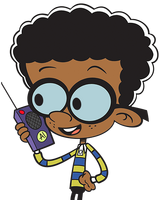 Clyde and his dads 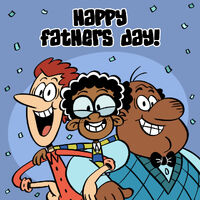 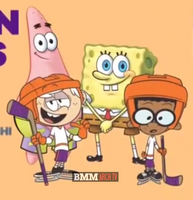 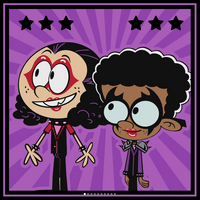