Coco the Mime is one of the main human characters from Pinwheel, Nickelodeon's first series. She was played by C.C. Loveheart in the first two seasons and by Lindanell Rivera in the third season.

She is a mime who wears white face paint, false eyelashes, and heart prints on her cheeks.

Coco is a silent mime who has a knack for fixing things. Even though she never talks, the rest of the cast can understand her perfectly through her gestures and sign language.

Coco is the first human to appear in the show's opening theme song, where she sees Aurelia's fortune-teller sign is crooked and goes to fix it. She also appears in the ending credit sequence, where she is seen yawning and going inside Pinwheel House to sleep. She is one of the few characters who appeared throughout all seasons of both the Ohio and New York versions of Pinwheel. 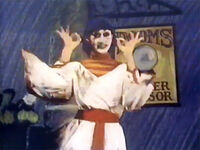 In the theme song 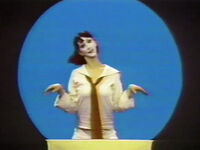 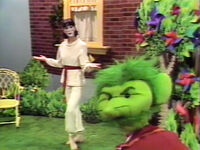 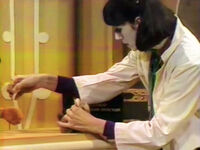 Coco as a doctor 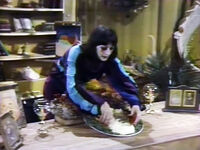 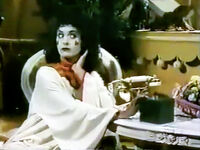 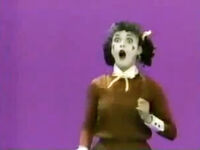 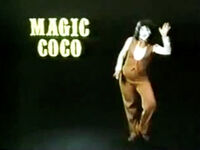