Cree Summer Francks (born July 7, 1969), best known as Cree Summer, is a American-Canadian actress, musician and voice actress. As a voice actress, Summer is best known for such roles as Penny in the first season of Inspector Gadget, Elmyra Duff in Tiny Toon Adventures and Pinky, Elmyra and the Brain, Aka Pella from Histeria!, Princess Kida in Atlantis: The Lost Empire, Numbuh 5 and Cree Lincoln in Codename: Kids Next Door, Cleo in Clifford the Big Red Dog, and various roles in Pound Puppies.

For Nickelodeon, she provided the voices of Susie Carmichael on Rugrats, it’s revival, and All Grown Up!, Valerie Gray in Danny Phantom, and Miranda Killagen in As Told by Ginger. She was also the original singer for the theme song to As Told by Ginger (her version was plastered over with Macy Gray's version in 2001, though Summer's version can be heard on the album The Newest Nicktoons), and later sang the theme song for All Grown Up! More recently, she has also voiced Paula on The Loud House. She also guest starred as Jessica Jaclyn and a Minotaur in Rise of the Teenage Mutant Ninja Turtles. 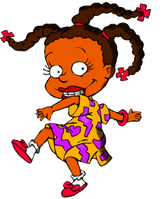 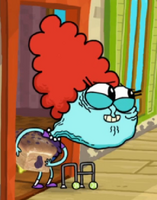 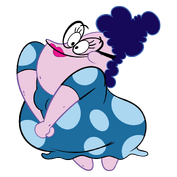