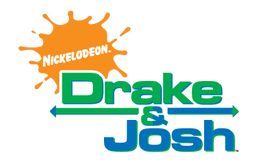 This is an episode listing for the Nickelodeon television show Drake & Josh, with the episodes' original air dates included.

Production of the fourth season started in November 2005, but was postponed after filming only three episodes due to Drake Bell's car accident. Production of the show resumed in March 2006 and continued into 2007.

It is still unknown when season 4 is going to end. "Helicopter" aired August 5, 2007, after being postponed for over four months, as a part of Drake vs. Josh Weekend. The Dance Contest aired on September 16, 2007. Drake Bell directed the first half of the TV Movie Drake & Josh: Really Big Shrimp and Josh Peck directed the episode "Battle of Panthatar".[1] Template:Future television episode list

Retrieved from "https://nickelodeon.fandom.com/wiki/Drake_%26_Josh_episode_list?oldid=174960"
Community content is available under CC-BY-SA unless otherwise noted.