"Hi gee gee."
Dudley Donald Puppy is the titular protagonist of T.U.F.F. Puppy. He is a dim-witted and hyperactive mixed-breed dog who wears nothing more than a black shirt and has a habit of chewing his butt. Dudley is also quite gluttonous and childish. His catchphrase is "Hi gee gee." He is afraid of thunder and the dentist. He was voiced by iCarly cast member Jerry Trainor.

Dudley's partner is Kitty Katswell, a beautiful and smart cat. The two like each other very much, yet Dudley still gets on Kitty's nerves because of his stupidity and childish behavior. 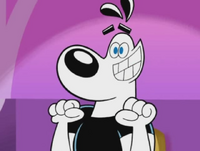 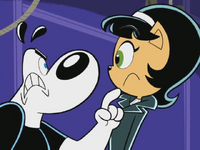 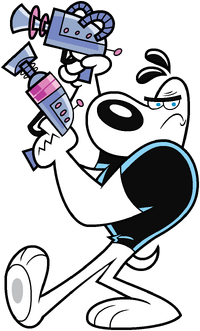 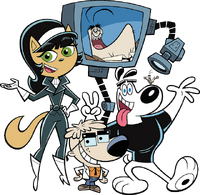 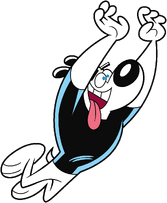 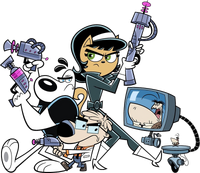 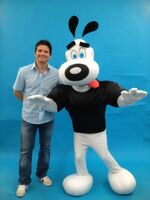 Dudley with his creator.