Simple face consisting of a black mouth with white teeth, and black eyes, atop of various solid-colored backgrounds

Face was Nick Jr.'s mascot from September 1994 up to October 2004 when Piper replaced Face as the new host from 2004 up to 2007. He would often sing songs and announce what TV show was coming on next. On occasion, he would even interact with a character from a Nick Jr. show or short (usually from the one he's announcing), such as Blue and Periwinkle from Blue's Clues, the titular character from Little Bill, Bob from Bob the Builder (from offscreen), and even Philomena Fly from What's the Buzz with Philomena Fly. His signature phrase was not a sentence, but was actually his imitation trumpet noises, which he often made after mentioning the programming block's name ("Too too toot") (sometimes misspelled as "brr brr brr" on a subtitle caption, and by fans) usually followed by a giggle. He was also used in the UK until September 2005, Germany, (Gesicht) Australia until 2006, Mexico (as Cara) and France, (as Visage) in the UK from 1995 until 2005, he was voiced by David Holt; his Australian voice is currently unknown.

Face's last day of hosting Nick Jr. aired on Friday, October 8, 2004, alongside Maurice Sendak's Little Bear. After that, they showed a preview for Piper Possum followed by the final Nick Jr. bumper and Nickelodeon's Sunday schedule, Face would continue to appear on Nick Jr. block in Australia until 2006.

On October 11, 2004, Face was replaced by Piper Possum as the Nick Jr. mascot. Before that, in September 2003, Face was redesigned with a new mouth, new eyes, eyebrows, and a new voice actor. The redesign was not well-received and he returned to his old design a few months later. He is the only Nick Jr. mascot to exist on the block for more than three years, and actually still appears on a few of the Nick Jr. website's games. He also made a few appearances on a special New Year's-themed broadcast of The '90s Are All That with Stick Stickly on December 31st, 2011. He also attempted to find the Easter Bunny during Easter 2016.

In March 2022, it was announced that Face would be returning as the host of a new show for Nick Jr. titled Face's Music Party.[1] He will also have another new redesign for the show. 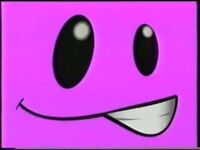 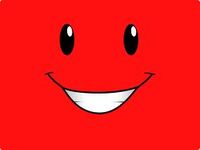 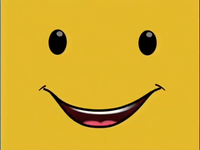 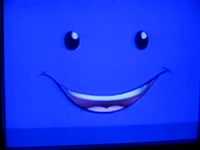 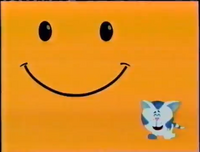 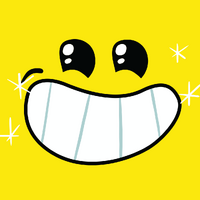 Face bumpers that were played during commercials