Francois Turbot is one of the PAW Patrol's closest friends and a human character on the Nick Jr. series PAW Patrol. He is voiced by Peter Cugno.

Francois is Cap'n Turbot's cousin and research partner. He has a thick French accent and often uses French phrases in place of English words. He is sometimes self-centered and loves to show off, but he also cares deeply for animals and his friends.

Francois has fair skin and long, brown hair. He has a goatee and a pencil moustache. He wears circular glasses with purple lenses at almost all times, and his standard outfit consists of a red-and-white shirt, a blue beret, blue jeans and brown loafers.

Francois is a zoologist with a wide range of talents. He specialty is herpetology, as he is an expert when it comes to reptiles and cares for several species. Though he can get competitive with Cap'n Turbot when it comes to documenting wildlife, they both share a passion for animals. They also have a common interest in some related fields like paleontology.

Francois lives at Seal Island in the lighthouse. Before the events of the series, he did not stay in Adventure Bay and instead lived in France. He has retained many traits from his old home country, such as his accent, vocabulary, and clothing style. He has a habit of replacing English words with their equivalent phrases in French, especially cognates.

Francois and Cap'n Turbot are cousins. They have a grandmother named Tilly Turbot and an unseen grandfather known only as Grandpapa. Francois has many pet reptiles that he cares for and keeps in a green truck: Jimmy the crocodile, Xander the chameleon, Ebenezer the turtle, and a pair of water snakes.

His favorite accessory is his red-and-blue camera, which he uses to take photographs of wildlife in all kinds of different locations. He calls it his "special underwater, high-def, hi-fi, wi-fi, can't-miss camera." It is very valuable and high-quality, equipped with many features that make it usable on land and underwater. It takes such great pictures that Cap'n Turbot sometimes uses Francois' camera by himself as well. 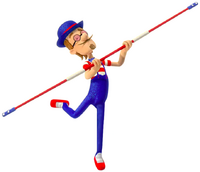 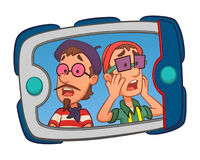 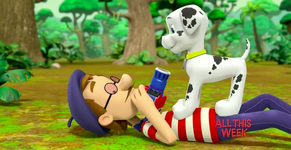 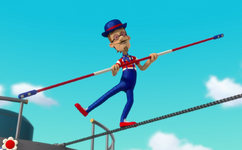 Francois as a tightrope walker 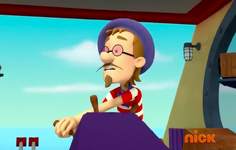 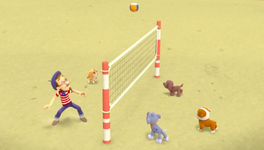 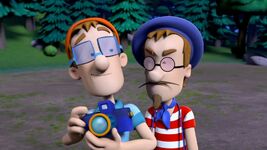 Francois upset with his cousin 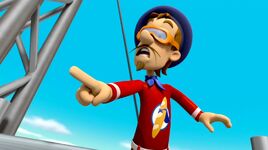 Francois as a superhero 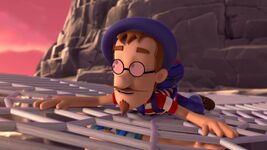 Francois stuck to a spiderweb 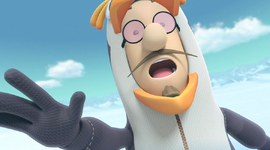 Francois in a penguin suit 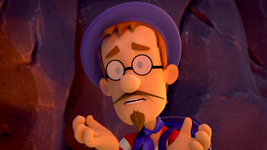 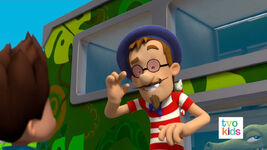 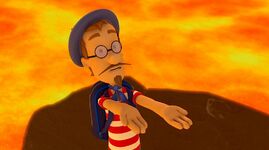 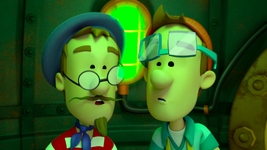 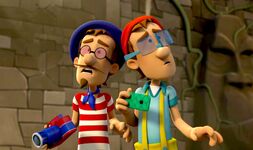 The Turbots stuck in an ancient temple 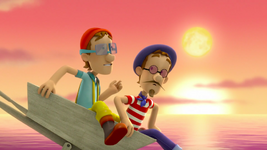 The Turbots at sunset
Add a photo to this gallery
Retrieved from "https://nickelodeon.fandom.com/wiki/Francois_Turbot?oldid=257484"
Community content is available under CC-BY-SA unless otherwise noted.