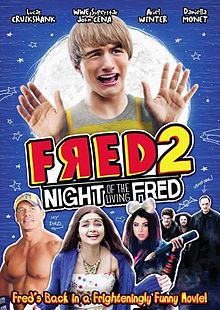 Fred has seen some suspicion in his new music teacher, Mr. Devlin as Fred thinks he is a vampire as he uses his umbrella in the daytime when he is outside, Kevin's new haircut, Fred's last music teacher, Ms. Felson's disappearance as Fred must find out the truth about this teacher and save his cul-de-sac from becoming a blood bath.

Retrieved from "https://nickelodeon.fandom.com/wiki/Fred_2:_Night_of_the_Living_Fred?oldid=251596"
Community content is available under CC-BY-SA unless otherwise noted.