Frieda is a supporting character in the Noggin original series Oobi.

Frieda has fair skin. Her eyes are green in her first appearance and blue in her final appearance. She wears a blue barrette in "New Friend!" and a pink one in "Frieda Friend!"

Frieda is one of Oobi's best friends. She cannot always play the same games as Oobi and the other hand puppets, for she does not have fingers to catch with or a palm to clap with. Luckily, Oobi will always find a way to include Frieda, even if it means trying something new. 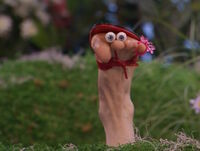 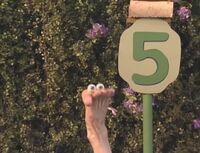 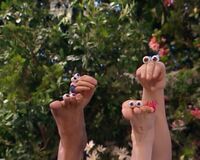 Add a photo to this gallery
Retrieved from "https://nickelodeon.fandom.com/wiki/Frieda?oldid=262404"
Community content is available under CC-BY-SA unless otherwise noted.