In Cleveland, Ohio,[1] high school senior Wren DeSantis' (Victoria Justice) opening narration describes Halloween in Cleveland as a time for it's citizens to dress up and be less ashamed of themselves, citing the nickname "the mistake by the lake." This Halloween though would be the first that she and her family spend without her father, a former Def Jam Records production assistant. She also focuses on the fact that she, her mother (Chelsea Handler), and younger brother (Jackson Nicoll) are touched by the death of her father in their own way. Her oddball brother Albert who also has reputation as a legend at video games, has apparently chose a life of elective mutism. Wren's widowed mother, Joy, dyed her hair blonde and is dating a 26-year-old boyfriend named "Keevin"(Josh Pence). Wren has her heart set on college life at New York University, while her friend April (Jane Levy) has her eyes set on social status and nerdy friend Roosevelt has his heart set on Wren.

The two girls are surprised when they find they are invited to a Halloween party by local heartthrob, Aaron Riley (Thomas McDonell), even as she performs a seemingly uncool "explaining rap," about her friend Roosevelt's (Thomas Mann) proposed E.O. Wilson, costume. Wren decides on a Dorothy Gale costume and April decides to dress as a sexy-kitty. Albert wants a costume with a fake severed arm, while Wren tries to talk him into selecting a Spider-Man costume. He opts for both. On the day she is supposed to go to the party, she is also ordered by her mother to take Albert trick-or-treating so she can go to a party with her boyfriend. Despite Wren's pleas to not watch her brother, Joy offers to sign her applications for NYU if she does. The party that Keevin invites Joy to turns out to be run by Keevin's friend Nate Brueder who's roughly the same age. None of the people at the party even recognize that she's dressed like Britney Spears during the early period of her career, and Brueder and their friends spend much of her time shoving drinks down her throat, farting in her cell phone, and causing other juvenile chaos.

At a haunted house, Wren and April run into her nerdy friend Roosevelt and his friend Peng dressed as Aaron Burr, complete with an 1814-style pistol, which is assumed to be unarmed. During this time, she finds out that Albert wandered off, and now she must find him. On his own, Albert meets a convenience store employee named Fuzzy (Thomas Middleditch) who seeks revenge against Jörgen, a mixed-martial arts fighter, who won the heart of his ex-girlfriend Lara (Abby Elliott). Recognizing Albert for his well known reputation from a video arcade, he seeks his help to get even with his ex, and the boy accepts his offer. Wren and April just miss him at the convenience as Fuzzy drives off with Albert, and they both encounter Roosevelt and Peng again. Wren coerces Roosevelt into driving his mother's car around the city to look for her little brother. Roosevelt's parents are semi-eccentric pacifistic lesbians, and Wren previously thought his reference to them as "his Moms" was an attempt to mimic rappers such as Li'l Wayne. Roosevelt asks his parents to borrow the car, but when they insist that he asks it in ancient Greek, he does so and they deny his request. Citing his lack of ability to translate the word "seat belt" into ancient Greek, he sneaks the keys to the car and drives off with them anyhow. His parent's car turns out to be a yellow 1986 Volvo 245 station wagon with some then unknown mechanical issues. Peng turns on the car stereo, which is set to an NPR station, and as he and Roosevelt fight over it, the knob breaks causing it to blare Josh Groban's cover of "You Raise Me Up," thus making them appear uncool as they roll onto a street that's popular for kids who cruise with their cars at night. To make matters worse, the car stalls right in front of the SUV driven by Mike Puglio (Patrick de Ledebur), the "Wedgie King" and his sidekick dressed like the Incredible Hulk. Both harass the four kids, until one of them bangs on the hood causing it to start up again, giving them an opportunity to escape.

Fuzzy and Albert arrive at Lara's apartment building, and he climbs the building to throw toilet paper all over her apartment while Albert watches for the police, only to find he not only threw it at the wrong apartment but accidentally set some candles on fire. The owners of the apartment turn out to be a Samoan couple who drag him in to pummel him severely, but he manages to escape. During this time the police confiscate his Toyota Corona for parking in a tow-away zone, but not before Albert climbs in the back seat to retrieve his Halloween candy. Now both realize they too have to find the boy. Wren suspects that he might be at a local "Captain Chicken" fast food chain restaurant, which is a pirate-themed chain that includes a giant statue of a chicken with an eye-patch and a hook on one wing. Again they arrive just too late to find him, almost running him over while fleeing Mike Puglio before he is rescued by Denise, a young woman dressed in a "Galaxy Scout" (a fictional Anime character) costume and is invited to another party. The four kids ask the girl in the drive-thru window about Albert's whereabouts which proves to be unhelpful. As they leave, they find their way out of the drive thru blocked off by Puglio. Roosevelt tries to get away from the bullies, only to forget to take the car out of reverse gear and crash into the statue of the chicken which lands on the car and appears to be engaging in doggy-style sex with it. The whole incident embarrasses April to the point of tears. Sensing her distress, Peng gets out of the car and challenges the bully to a duel, which he originally doesn't take seriously until he fires the gun at him, blowing apart the chicken drumstick Puglio used as a mock weapon. Puglio and his friend flee the scene then April escapes, and two policemen try to arrest the three of them, but they drive off only to find their patrol car covered with toilet paper.

Albert seems to be having a good time with the Galaxy Scout and her friends, until Jörgen crashes the party and takes some of his candy, throwing most of it on the ground, and tries to dance with the girls at the party, who throw him out. Remembering Fuzzy's description of him he stows away in his 1974 Buick LeSabre Luxus convertible, just as Fuzzy and Lara arrive at the same party, which Lara wanted to attend. The Galaxy Scout and her friends tell them that they were partying with Albert just before Jörgen throws his halloween pumpkin basket at Fuzzy, who suddenly spots him in the back seat of his car evidently with his own revenge plot. Wren, Roosevelt, and Peng drive off looking for both Albert and now April, the latter of which calls from Aaron Riley's party with the false impression that she found Albert. They arrive at the party, and for at least this night, the earlier duel gives Peng some level of social acceptance, whereas he had previously became convinced he and Roosevelt were pre-destined to be social outcasts. Later, April fulfills a promise she made earlier to Peng to let him touch her breasts. When he gets nervous about the chance to feel her up, she grabs his hand and puts it on one of them herself, but still tries to conceal her own desire for him by slapping his face in case anybody saw them together.

Seeking to escape her boyfriend's party, Joy tries to find the bathroom and unexpectedly stumbles upon Brueder's parents (Holmes Osborne, Annie Fitzpatrick). All three share a cup of tea, and Joy tearfully confesses that she's dating their son's friend not only to compensate for the loss of her husband, but also the potential loss of her daughter to college and her son to silence. Eventually she leaves the party and returns home to her kids, only to find they aren't home. Just as Roosevelt is about to confess his love for Wren, Aaron Riley sings a song dedicated to Wren, but she turns him down and tries to chase Roosevelt as he drives away in frustration. Just then Wren receives a phone call on her cell phone from Jörgen, who is holding Albert at his house, and threatens to turn him over to the police for lighting a flaming bag of dog feces laced with fireworks on his front stoop, unless she gives him ransom money, which she doesn't have. After he gives her the address, she desperately runs through the streets of Cleveland trying to find the house. Arriving there and realizing that Jörgen is a fan of The Beastie Boys, Wren offers to give him the collectible jacket she inherited from her late father which was left behind by Mike D as a substitute for cash. Despite being impressed with her offer, he calls the police anyhow. Just then, Fuzzy breaks in to rescue the boy and his older sister, by throwing bricks and fireworks throughout the house. Before the police arrive, he strips down naked and runs off in order to divert attention from the two kids.

Wren and Albert visit the cemetery where his father is buried and place a plastic pumpkin with flowers on his grave, just before their mother picks them up and drives them home. Upon their arrival, they find Roosevelt trying to prevent Wren's mother from entering her house without the opportunity to profess his love for her, something which he was encouraged to do by his parents despite coming home with the Volvo severely damaged and confessing to them about the night's events. Meanwhile, April wakes up to find herself in the arms of Peng, and after looking around for witnesses decides to make out with him again. Fuzzy meets the girl in the Galaxy Scout outfit, who ask him out on a date. Albert reveals that he secretly has been pulling prank phone calls on both her mother, sister, and her sister's friend for six months, which includes the uploading of a video to Wren's Facebook page making fun of Wren's bug dance and "explaining rap" that she did during the period of Riley's invitation.

In January 2011 it was announced that Josh Schwartz would direct the film as his feature film directorial debut.[2] By the spring of 2011, the lead role had been offered to Victoria Justice,[3] and Jane Levy had entered talks for her role in the film, with Paramount announcing initial plans for the project to be shot in Minnesota.[4][5] The location was changed to Michigan and later to Cleveland, Ohio.[6] In June 2011, Chelsea Handler entered negotiations.[7][8][9]

The movie is rated PG-13 for "crude and suggestive content, partying, and language" from the Motion Picture Association of America.

Fun Size has received negative reviews from critics, with several criticizing the adult humor and sexual content[15] despite the film's Nickelodeon pedigree.[16][17][18] Rotten Tomatoes has a score of 27% based on 64 reviews. Metacritic reports an aggregate score of 37/100 based on 25 reviews, indicating "generally unfavorable reviews".[19]

Due to the fact that this film was produced by Nickelodeon Movies, which is usually targeted for a family audience, many viewers, parents, and critics have criticized the film's adult humor, profanity, sexual content, and use of drugs and alcohol, which is not very usual for any Nickelodeon production. 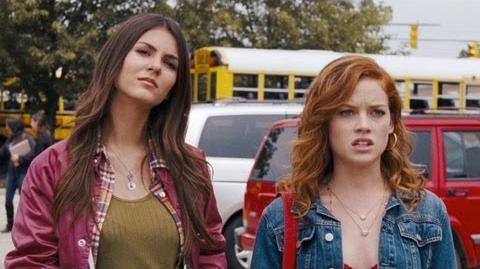 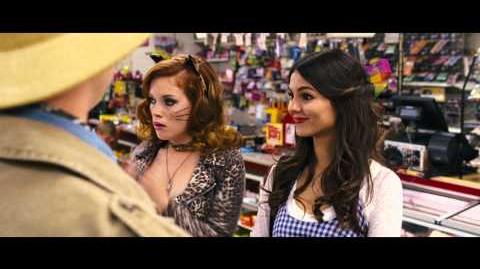 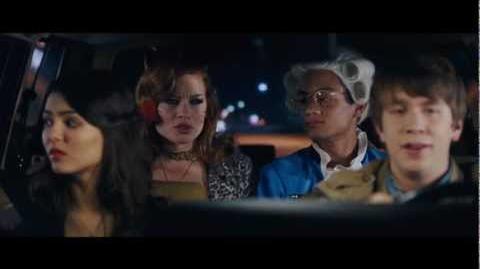 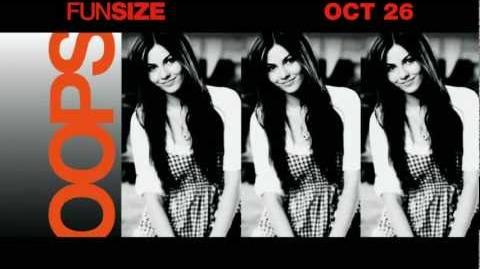 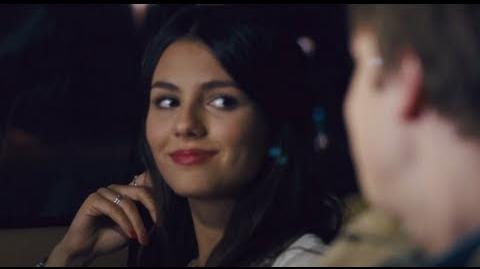 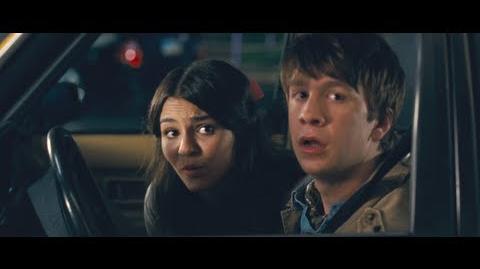 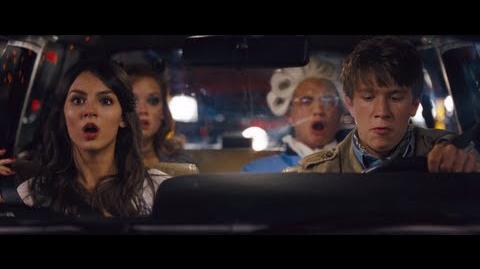 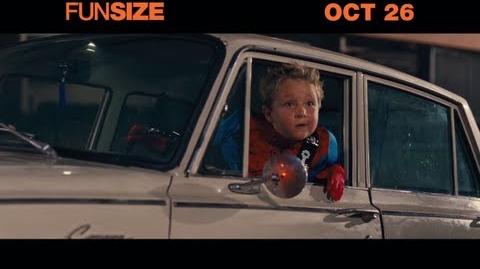 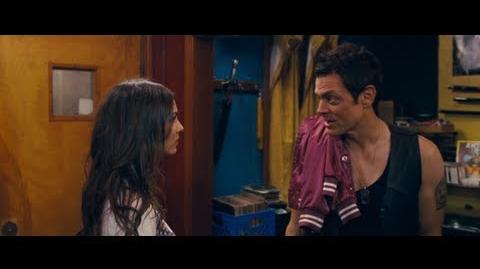 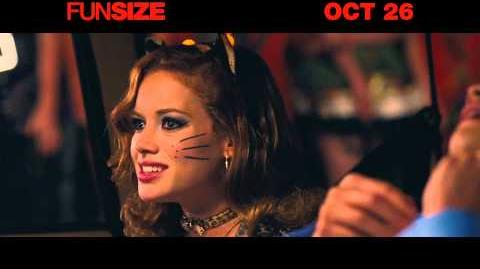 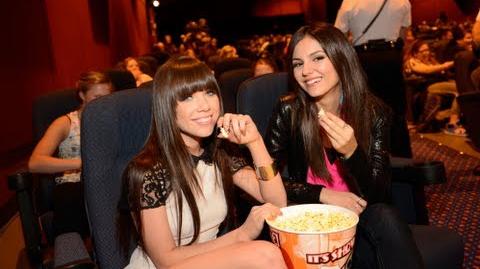 Australian theatrical release poster
Add a photo to this gallery 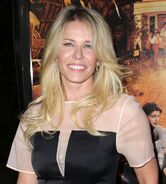 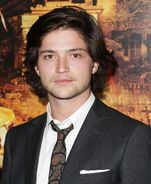 Retrieved from "https://nickelodeon.fandom.com/wiki/Fun_Size?oldid=232201"
Community content is available under CC-BY-SA unless otherwise noted.