Nickelodeon
Register
Don't have an account?
Sign In
Advertisement
in: Shows with wikis, Upcoming, Live-action shows,
and 3 more

This show has a wiki of its own: Goldie's Oldies Wiki.

Goldie's Oldies is a live-action Nickelodeon sitcom. It was officially announced by Nickelodeon International on October 15, 2019. Filming started in January 2020 and wrapped on November, 2020.

Goldie’s Oldies focuses on the life of teenager Goldie, whose life is turned upside down when her family - Sherri and Danny - moves from the U.S. to England to live with their Grandpa Maury and his ‘70 something’ room mates. 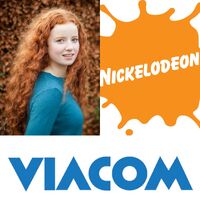