Good Burger is a 1997 American comedy film by Tollin/Robbins Productions and Nickelodeon Movies, released by Paramount Pictures, directed by Brian Robbins, and starring Kenan Thompson and Kel Mitchell. It was based on the comedy sketch "Good Burger" (starring Mitchell) featured on the Nickelodeon series All That, and was the only theatrical movie based on a live-action Nickelodeon show until the announcement of the Henry Danger movie.

On the first day of summer, dim-witted but charming Ed (Kel Mitchell) experiences a nightmare featuring talking burgers. Troubled by it, he shows up late to work at Good Burger. On the same morning, Dexter (Kenan Thompson), a high school student, steals his mother's car after she leaves for a business trip. He accidentally crashes into that of his teacher, Mr. Wheat (Sinbad). With no driver's license or insurance, he is in danger of going to jail. Mr. Wheat agrees to allow him to pay for a total of $1,900 in car damage, which later becomes $2,500, instead of calling the police. He must find a summer job to pay for the expenses. He first finds employment at Mondo Burger, but after a clash with the strict manager, Kurt Bozwell (Jan Schweiterman), he is fired and has to find employment at another place, and manages to do so at Good Burger. There, he meets and reluctantly befriends Ed (who helps him find a job position) and a slew of colorful employees. Little does he know Ed inadvertently caused the car accident; he was rushing to make a delivery on rollerblades, and skated in front of Dexter, causing him to swerve and hit Mr. Wheat's car.

Dexter finds much success at Good Burger, but his success takes a turn for the worse. Across the street, the Mondo Burger where he previously worked opens to the public. It produces oversized burgers, much bigger than the Good Burgers, and threatens to put them out of business. Fortunately, with the invention of Ed's "secret sauce," they are saved. After Dexter realizes that Ed caused his car accident, he takes part of Ed's bonus paychecks earned from the sauce to pay off his debt to Mr. Wheat.

Good Burger continues to be popular because of Ed's sauce, causing Kurt to attempt to steal it. First, he entices Ed with a higher hourly wage at Mondo Burger. Dedicated to Good Burger, he denies it. He buys Dexter a similar yo-yo that his dad bought him as a kid. It was at this moment that he not only begins to truly care about Ed, but he is also overcome with guilt for taking most of Ed's bonus money. Kurt then sends in an attractive employee named Roxanne (Carmen Electra) who fails to seduce Ed into divulging his "secret sauce" recipe, ending up badly injured.

Meanwhile, Dexter takes a shine to coworker Monique (Shar Jackson), and she eventually agrees to a double date with him along with Roxanne and Ed. The next morning, however, she tells him off and breaks up with him after she discovers his attempts to cheat Ed out of most of his money.

Later on, Ed and Dexter encounter a dog on the street and attempt to feed him a Good Burger and a Mondo Burger. It eats the former, but refuses to even look at the latter, apparently sensing something wrong with the meat. Suspicious, Ed and Dexter disguise themselves as old women and enter Mondo Burger to find out what is wrong with their meat. They discover that they chemically induced their burgers with an illegal food additive called "Triampathol," which makes them oversized. Kurt is not fooled by Ed and Dexter's disguises and kidnaps them by sending them to Demented Hills Mental Hospital (run by his friend) to prevent the public from learning Mondo Burger's secret.

After sending Ed and Dexter to Demented Hills, Kurt and his employees break into Good Burger after closing hours and spike Ed's "secret sauce" with shark poison. When Ed and Dexter's coworker, Otis (Abe Vigoda), attempts to call the police on them, Kurt takes him captive and sends him to Demented Hills as well. There, he tells Ed and Dexter about Kurt's scheme to poison the "secret sauce." They devise a plan to escape. Ed begins to dance and sing, encouraging the other patients to join in. After the entire mental hospital breaks out in dance, the trio escapes. They steal an ice cream truck to leave, but are pursued by a Demented Hills van; cleverly, Ed and Dexter throw ice cream treats at it, causing it to crash. Upon arriving at Good Burger, Ed stops a lady from eating a Good Burger with the poison-laced sauce just in time. Dexter then informs the staff that the sauce has been poisoned by Kurt and convinces them not to let anyone consume it. Ed and Dexter then break into Mondo Burger so they could expose the chemically-induced burgers to the police. While Dexter provides a distraction, Ed tries to take a can of Triampathol, but accidentally knocks one into the meat grinder. Ed then decides to pours the rest of it into there. On the roof, Kurt catches Ed and Dexter and confiscates the empty can that Ed is holding. Just then, the building begins to blow up, caused by the Triampathol-overdosed burgers exploding. After it destructs and the patrons flee, the police arrest Kurt for illegal substance use. Ed then explains to Dexter that he did that on purpose to prevent Kurt from manipulating the legal system and escaping conviction, ironically responding to Dexter's questions by saying, "I'm not stupid." With the destruction of Mondo Burger, Mr. Wheat's car is destroyed once again (much to Dexter's amusement as he hands him the first half of the money owed for the damage).

Dexter apologizes to Ed for taking advantage of the latter's salary from the sauce and both end up on friendly terms. They then walk back to Good Burger, where the employees praise them, especially Ed, as Good Burger heroes. The film ends as Ed proudly says "Welcome to Good Burger, home of the Good Burger. Can I take your order?"

On a budget of $9 million, the film was a box office success, grossing over $23 million.

Despite the popularity of All That and the Kenan & Kel series, Good Burger received negative reviews from film critics, garnering a "Rotten" rating of 31% on Rotten Tomatoes.[1] 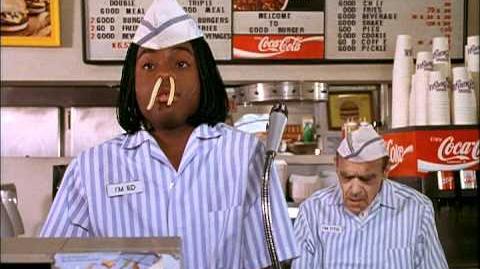 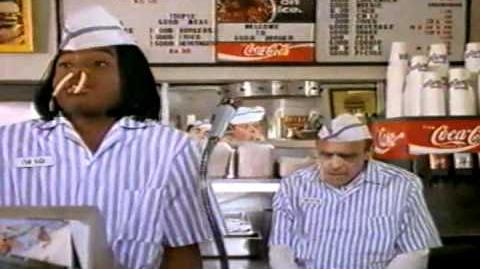 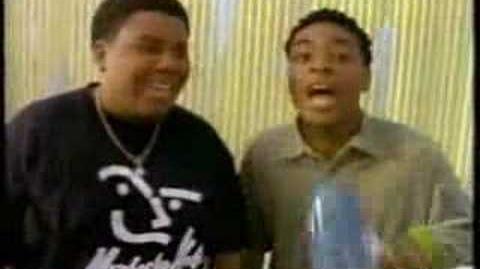 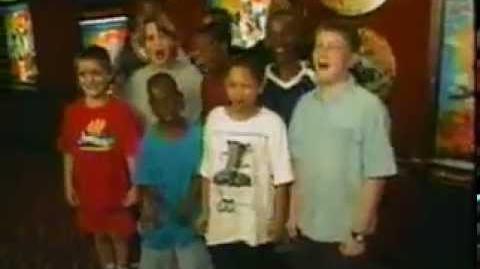 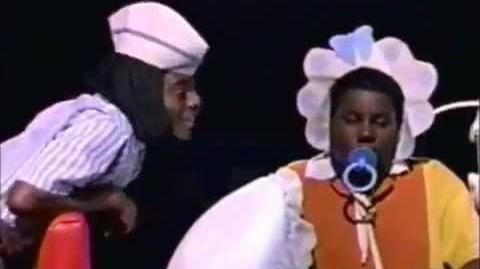 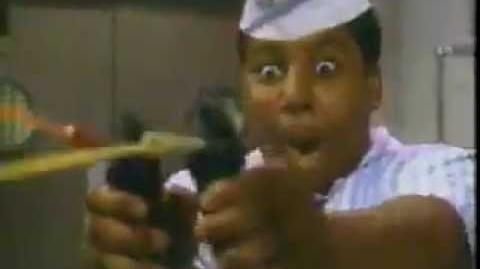 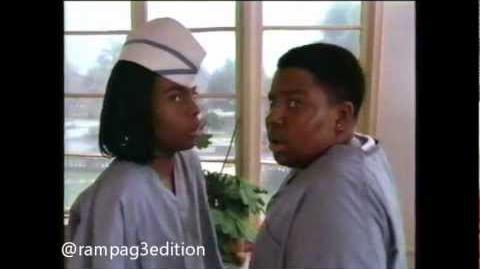 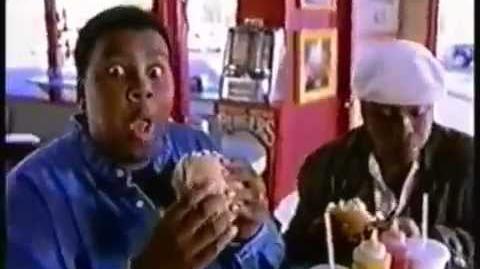 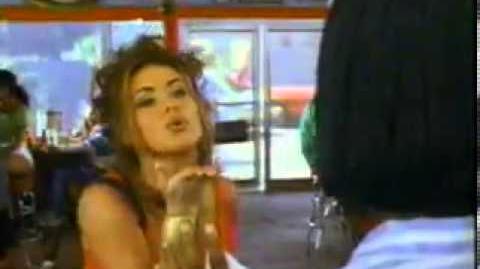 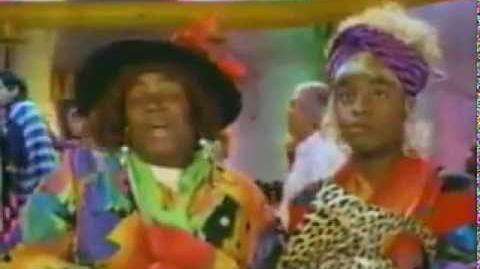 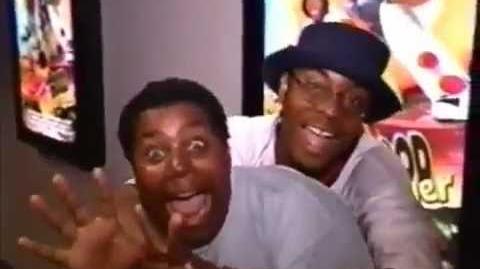 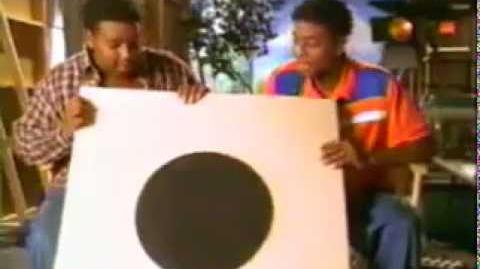 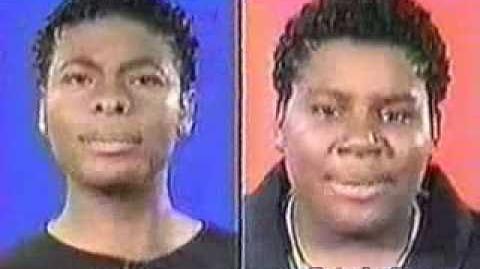 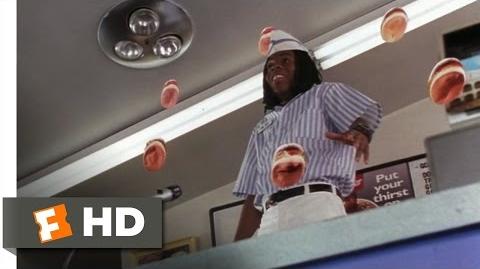 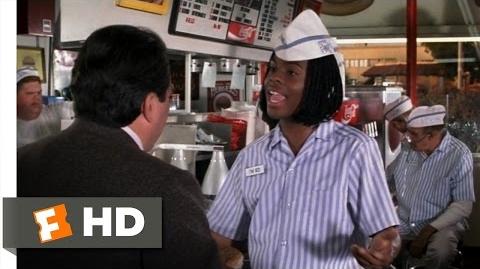 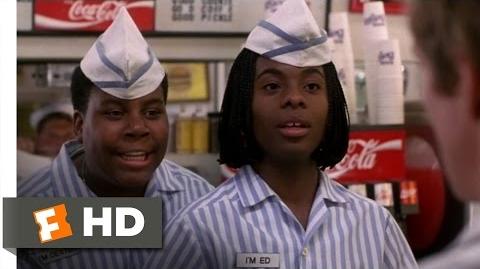 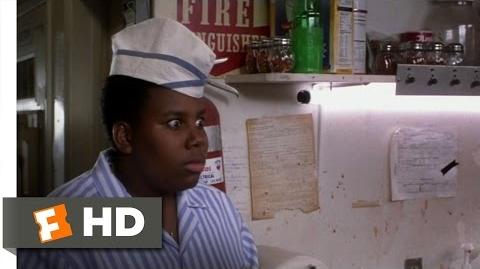 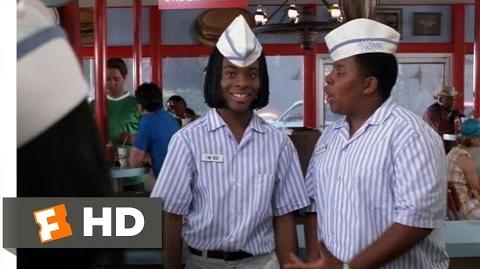 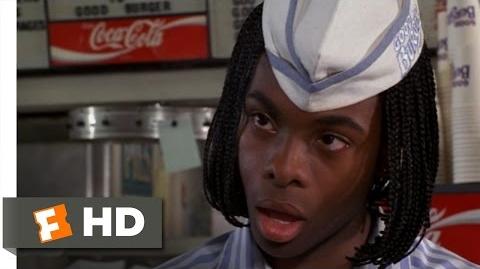 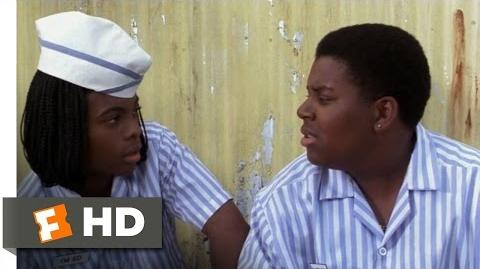 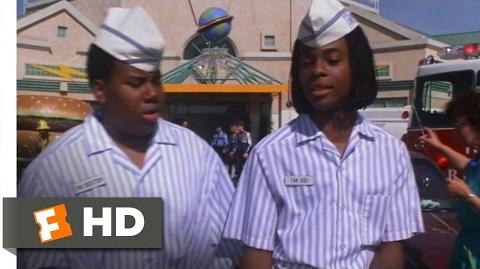 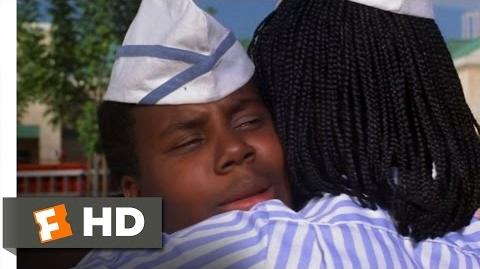 Welcome to Good Burger, Home of the Good Burger! Can I take your order? 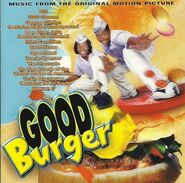 Kenan and Kel interviewed in Nickelodeon Magazine, August 1997
Add a photo to this gallery

Retrieved from "https://nickelodeon.fandom.com/wiki/Good_Burger_(film)?oldid=232172"
Community content is available under CC-BY-SA unless otherwise noted.