Mr. and Mrs. SquarePants
Dad and Mom (by SpongeBob)

Harold and Margaret SquarePants are the parents of SpongeBob SquarePants, first seen in the episode "Home Sweet Pineapple".

Both of SpongeBob's parents are much more rounder in appearance than SpongeBob, making them better resemble real-life sea sponges.

Harold has a gray mustache and wears glasses. He is light brown with dark brown holes. He wears a white shirt, brown pants, a black and yellow belt, and a tall white hat with a brown stripe.

Margaret has black hair and is dressed in a purple matchbox dress with matching sleeveless pantalettes with purple high heels, a matching purple pillbox hat, two red bracelets on each wrist and a blue bracelet on her left wrist and wears a pearl necklace. She also wears red lipstick and has blue eyes with three eyelashes on each eye. She also has three freckles on each side of her cheeks. 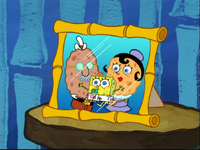 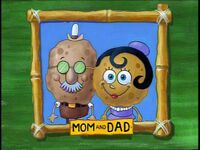 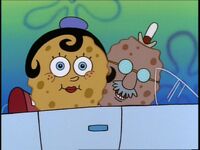 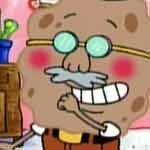 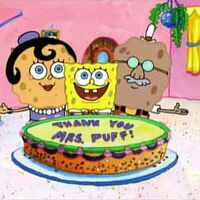 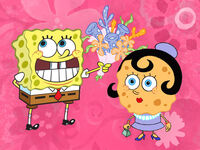 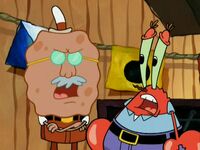 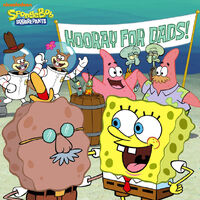 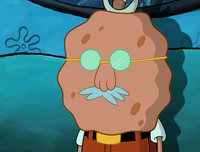 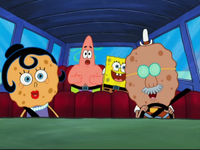 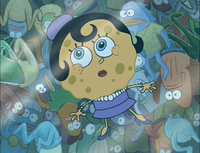 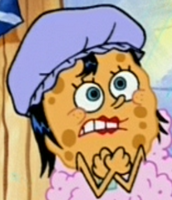 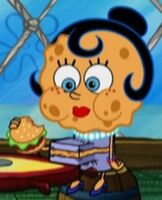