Hey Arnold!: The Movie, originally titled Arnold Saves the Neighborhood, is the first feature-length movie based off of Hey Arnold!, released by Paramount Pictures and Nickelodeon Movies on June 28, 2002. It was originally intended to be produced as a three-part episode of the show, but was bumped up into a theatrical release after the success of the first two Rugrats movies.

Arnold and Gerald are walking back to Arnold's boarding house after being beaten by older kids at a basketball game. On the way, they see several of their neighbors making a fuss about something, and learn that a man named Scheck, the CEO of a real estate company called FutureTech Industries (FTI), has announced plans to redevelop Arnold's neighborhood as a luxurious high-rise shopping mall. According to a news broadcast, the city's mayor has already approved the controversial redevelopment plan, meaning that the entire neighborhood is going to be torn down and everyone living there will have to sell their homes to FTI and move away. The neighbors decide to sign an (ultimately unsuccessful) petition asking the mayor to cancel the project.

During the night, Helga discovers that her father, Big Bob Pataki, is working with a Future Tech Industries executive, Nick Vermicelli, to build a new, super-sized branch of his beeper store in the proposed mall. Helga points out to her father that their neighbors are going to suffer if he builds his store. Big Bob argues that his store is a good thing, because Helga will be wealthy and able to buy anything once it is built. However, she is still reluctant to take his side.

Arnold hosts a protest rally against FTI. However, their permit is stolen by Scheck’s employees, so the protest is subsequently declared illegal. The failure of the rally encourages many of Arnold's neighbors give up and sell their houses. Arnold's grandma is also jailed for being hostile to the police suppressing the protest rally. She tries escaping from jail, but she is continually thwarted. Two days before demolition, Gerald tells Arnold to stop looking on the bright side of things and that they can not always win, though Arnold is unwilling to accept it.

As the residents begin packing their belongings, Grandpa Phil tells the story of the "Tomato Incident" (a parody of the Boston Tea Party), which took place in their neighborhood during the American Revolutionary War. Phil says that his ancestors and their neighbors, angry at the increase in British taxes on tomatoes, began a riot that eventually resulted in the British losing control of the city for the rest of the war. Soon after, Arnold and Gerald discover that, because of the neighborhood's involvement in the Tomato Incident, it was later declared a National Historic Landmark, meaning that it could not be torn down. However, they learn that the document granting the neighborhood its historic status was sold to a collector, who turns out to be Scheck himself. When confronted, he denies having the document and kicks Arnold and Gerald out of his office.

As the boys are about to give up hope, Arnold gets a mysterious phone call informing him that Scheck is lying and that the document is hidden in his office safe, and that Nick Vermicelli has the key. The voice directs them to a woman named Bridget, who will help them sneak the key away from Vermicelli. After Arnold and Gerald manage to steal the key, Big Bob, having read the fine print of his contract, finds that Scheck had swindled him out of a controlling interest in his company in exchange for the right to build a new store. He confronts Vermicelli and the two of them fight, with Vermicelli winning. Vermicelli then realizes that the key is gone and alerts Scheck.

Meanwhile, Phil and the men at the boarding house are trying to develop a backup plan just in case Arnold fails to get the document. They have several ideas, but fight over their weaknesses. However, Phil develops a plan to wire the storm drain tunnels beneath their street with dynamite, destroying FTI's construction equipment.

Arnold and Gerald sneak back into the FTI headquarters and locate the safe, but the document is missing. Scheck appears from behind them with the document in his hand. He reveals that his ancestor, the leader of the British forces, was humiliated by the Tomato Incident, and that for years, Scheck has been planning to avenge his family by tearing Arnold's neighborhood down and putting up a hulking building carrying the Scheck name in its place. Scheck then burns the document to ensure that his plans will proceed without question, before summoning his guards to get rid of Arnold and Gerald. However, they manage to escape, but not before obtaining FTI security-camera footage of Scheck burning the document. However, Arnold is nearly caught, forcing him to hide on the roof.

He is then contacted by Deep Voice, who is revealed to be Helga, using a voice-changing toy and calling him from a payphone in Scheck's building. Arnold asks Helga why she decided to help him, instead of taking her father's side, and she reveals that she has feelings for him before forcing him back against a wall and kissing him. Helga and Arnold, who is still in shock from Helga's confession, escape the building and meet Gerald on a city bus. The bus driver, Murray, is unwilling to increase the bus's speed until he realizes that his girlfriend Mona lives in Arnold’s neighborhood and that she will be evicted by FTI. Back in the neighborhood, Phil and the gang are waiting with their explosives for FTI to begin demolishing the neighborhood, but Big Bob discovers their plan. Although Big Bob states the gang could do some serious jail time for such a radical plan, he decides to help them out with it because Scheck and Vermicelli double-crossed him.

Despite several near-collisions, the kids and Murray eventually make it back uptown to the neighborhood. Meanwhile, Gertie (who has finally escaped from jail) hijacks one of the demolition team's bulldozers and destroys the rest. Soon, the hijacked bulldozer and the city bus that Arnold and the kids are on are set to collide. Gertie escapes before the collision, and the kids and Murray appear unharmed as well. Mayor Dixie arrives to the scene, as well as the police and a news crew. Arnold shows the images of Scheck burning the document to the mayor, who then officially restores the neighborhood's status as a historic site.

Eventually, Scheck arrives, demanding to know why demolition work has not begun, but he is promptly arrested. Meanwhile, Nick Vermicelli attempts to escape, only to be punched in the face by Big Bob for his betrayal. Arnold’s neighbor Harold, who was woken up by an attempt by the collision, sits down on the detonator that ignites Phil’s explosives. The explosives beneath the street ignite, destroying a giant electronic billboard advertising Scheck's mall. Phil and the boarders run away from the police as Helga talks to Arnold, denying having ever loved him and saying that it was just "the heat of the moment." Arnold, unconvinced, kindly pretends to accept it.

Helga runs cheerfully as their classmate Eugene sings a song about the neighborhood being saved, but Gerald stopped him, telling him the "show's over."

Many of the series regulars also voice other bit roles, as seen here:

The film received mixed to negative reviews from critics and the box office results suffered, opening at #1 for the weekend of June 28, 2002, but only grossing about $13.7 million in the US and $15.2 million worldwide. (Although this technically meant it made back its minuscule budget of $3 million, Nickelodeon and Paramount had spent $13 million to promote it, making it one of the few films in history where the promotion cost more than making the film itself.) This led to production being cancelled on the show's actual planned theatrical film, Hey Arnold!: The Jungle Movie, until 2015.

In an interview on The Arun Mehta Show, Craig Bartlett stated that he blamed the poor box office results on the film's release date, which came shortly after the release of Disney's Lilo & Stitch. He also criticized the fact that Helga's confession to Arnold was spoiled in all the trailers.

Some Hey Arnold! fans also objected to several oddities about the film, such as the relegation of most of the regular kids (especially Phoebe) to bit roles, the lack of PS 118, and the above-mentioned spoiler in the advertising. In the intervening years, though, fan reception has cooled down, especially after it was announced that The Jungle Movie was back in production, with the fanbase now considering it to be a cult classic. However, fans agree that it should've stayed as a TV movie.

THQ released the Hey Arnold!: The Movie video game only available for Game Boy Advance. The game consists of 5 worlds, with 4 levels each (each including a boss on the fourth level) and the player can play as Arnold, Gerald, Grandpa, and Grandma. Helga is playable only with a cheat code found on various websites. 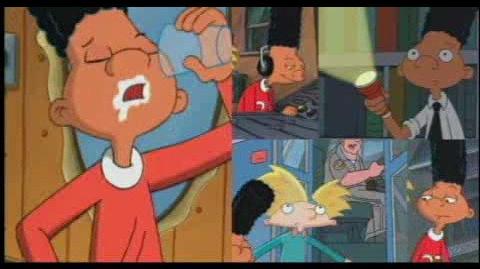 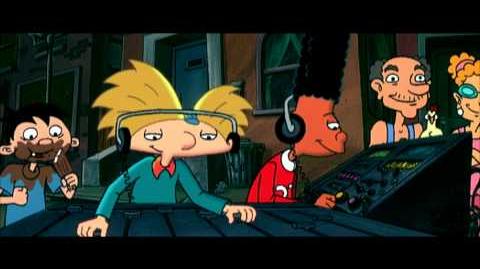 Hey Arnold! The Movie - Trailer
Youtube trailer
Add a photo to this gallery 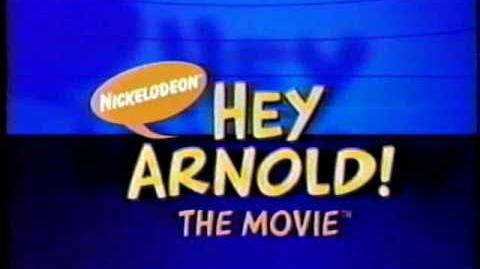 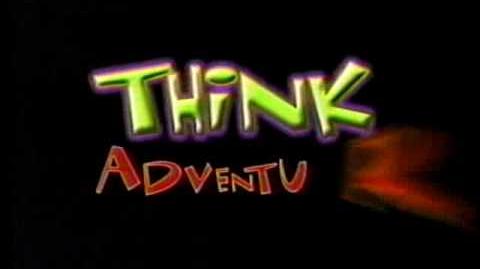 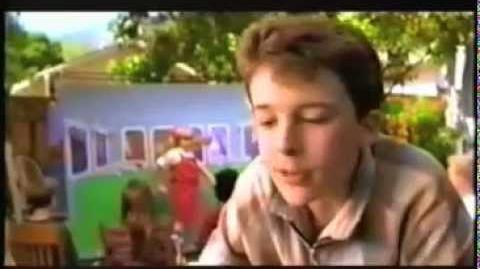 Theatrical poster
Add a photo to this gallery

Wallpaper #3
Add a photo to this gallery

Retrieved from "https://nickelodeon.fandom.com/wiki/Hey_Arnold!:_The_Movie?oldid=232182"
Community content is available under CC-BY-SA unless otherwise noted.