Raisins, being the last man on earth, crabgrass, McSpanky's

"Oh and by the way, mom says you're grounded, sorry!"
Hugh Neutron is Jimmy Neutron's father. He is portrayed as a clueless, stupid, and dimwitted person who is obsessed with ducks, his wife's toast and pies and fools around with Jimmy's inventions, which causes trouble for Jimmy and everyone else. Other than that however, he is a typical father who has a piece of advice for Jimmy. In the movie, he was fairly intelligent, but for the rest of the franchise, he's become more bumbling and incompetent.

He loves to collect figurines of ducks and display them around the house and it is also his favorite hobby. Hugh also loves his wife Judy's pies, and once in the series invented a holiday called "Pule" (a combination of Pie and yule) when Jimmy accidentally messed with Santa Claus' atoms. 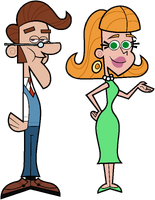 Hugh and Judy in The Fairly OddParents style 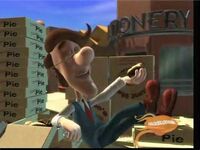 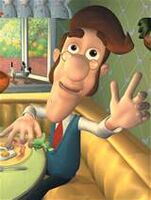 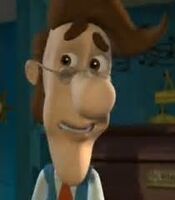 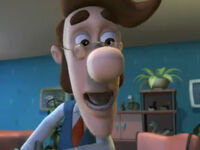 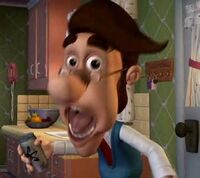 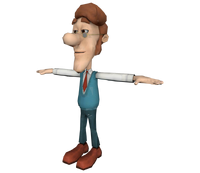 Hugh as he appears in the game (link)