I heared he punched a guy just for touching his stoop

Iggy is a Recurring Background character on the Hey Arnold! TV series.

While not a prominent character in the show, Iggy is considered the "coolest kid" in Arnold's class. He once drew a chalk picture of Principal Wartz with clown features, and was punished with a week of after-school detention. However, in the episode "Arnold Betrays Iggy", everybody at P.S. 118 finds out that he wears bunny pajamas (complete with bunny feet that squeak). His popularity declines after this. However, it seems to have reinstated, as in "Cool Party", Iggy is seen on Rhonda's invite list for the cool kids (though he only appears at Arnold's party rather than Rhonda's).

In the episode "School Dance", he can be seen playing a snare drum, but it's not very clear if he's any good at it. Iggy is also part of the school concert in "Gerald's Tonsils", standing on the far left of the middle row. 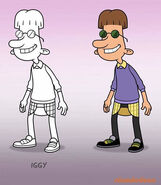 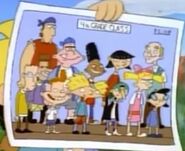 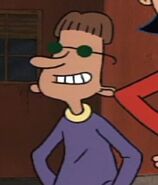 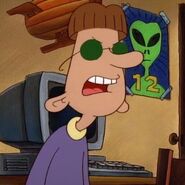 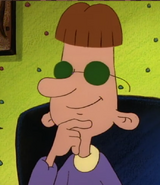 Retrieved from "https://nickelodeon.fandom.com/wiki/Iggy?oldid=260478"
Community content is available under CC-BY-SA unless otherwise noted.