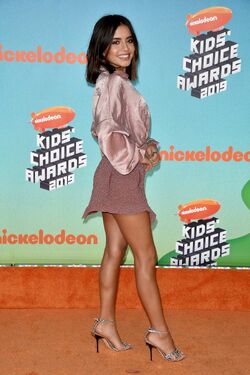 Isabela Moner (born July 10, 2001) is a Peruvian-American actress and singer. She provided the voice of Kate in Nickelodeon's Dora and Friends: Into the City! from 2014 to 2017. In 2019, she played the live-action role of Dora herself in Dora and the Lost City of Gold. She also played CJ Martin in 100 Things to Do Before High School and she played "Sadie the Sitter" in the TV movie version of Legends of the Hidden Temple.

Retrieved from "https://nickelodeon.fandom.com/wiki/Isabela_Merced?oldid=247384"
Community content is available under CC-BY-SA unless otherwise noted.