Jace Norman (born on March 21, 2000) is an American actor best known for his portrayal as Henry Hart in the Nickelodeon series Henry Danger. He has also starred in four Nickelodeon original movies, Splitting Adam, Rufus, Rufus 2, and Blurt!. Outside of Nickelodeon, Norman voiced the lead role in the animated film Spark, released in April 2017. In 2017 and 2018 Norman won the Kids' Choice Award for Favorite Male TV Star.

Jace Norman was born in Corrales, New Mexico. He lived in an adobe home situated on a couple of acres of land near the Rio Grande River. Along with his older brother Xander and older sister Glory, he spent most of his childhood playing outdoors -climbing trees, building forts and taking care of his menagerie of animals- including a miniature pot bellied pig, pygmy goats, dwarf bunnies, chickens, cats, and a dog. Jace moved to Southern California when he was 8 years old where he continued to go to public school. He loves sports and played on competitive soccer and lacrosse teams. Jace also loves the ocean and in his spare time, likes to body board and sail. He started acting when he was 12 and landed a guest star role on Disney's Jessie show after his very first audition.

Since then, he starred in several Nickelodeon shows and specials, including his well-known role as Kid Danger in Henry Danger and the Rufus television films. Outside the network, he was also the lead voice in the 2017 animated film, Spark, albeit as an independent release.

"Flunky" from The Thundermans 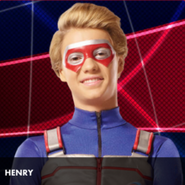 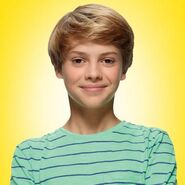 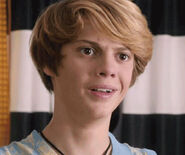 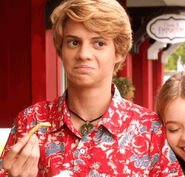 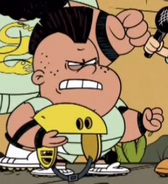 "Steak Stankco" in The Loud House

"Henry Hart" in The Adventures of Kid Danger 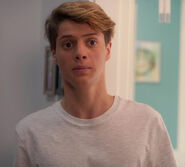 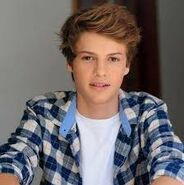 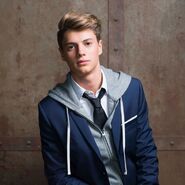 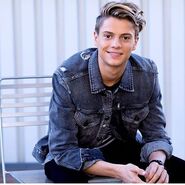 Add a photo to this gallery
Retrieved from "https://nickelodeon.fandom.com/wiki/Jace_Norman?oldid=262615"
Community content is available under CC-BY-SA unless otherwise noted.