Jamie Lynn Marie Spears (born April 4, 1991) is an American actress and singer. She is the younger sister of pop star Britney Spears.

She rose to prominence as a cast member on Nickelodeon's All That in season eight and season nine, leaving afterwards to play Zoey Brooks on Zoey 101. Jamie Lynn joined All That in Season 8. She was the youngest cast member of All That until Christina Kirkman came along.

Her casting on All That led to appearances on the SNICK On Air Dare with her cast-mates. She also sang the Zoey 101 theme song "Follow Me".

When Spears announced she was pregnant in 2007, Zoey 101 had not yet finished airing its episodes. This led many fans to believe the show had been canceled because of her pregnancy. However, production had already been wrapped by the time of the announcement. 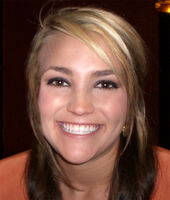 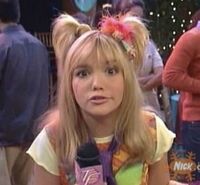 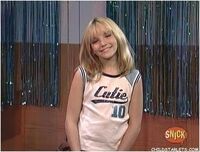 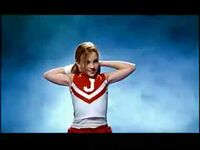 2002 interview as the newest member of the All That cast.