Nickelodeon
Register
Don't have an account?
Sign In
Advertisement
in: Shows with wikis, Nicktoon films, Jimmy Neutron,
and 3 more
English

Jimmy Neutron, Boy Genius is a 2001 computer-animated film produced by Paramount Pictures and Nickelodeon Movies with O Entertainment and DNA Productions. It was produced using off-the-shelf software (messiah:studio and LightWave 6) by O Entertainment.

The film received mainly positive reviews and was a box office success, grossing $102 million worldwide against its $30 million budget.

The movie begins at an Air Force base somewhere in Colorado. Their radar picks up a UFO and they send planes up to examine the situation. The pilots are surprised to find that it is a rocket carrying Jimmy Neutron, Carl Wheezer, and Goddard. Jimmy needs to launch a communications satellite (which he made out of a toaster) to communicate with an alien species who sent him a message that was garbled in the ionosphere. Unfortunately, the pulse rockets fail, and the rocket cannot leave the atmosphere. Jimmy tapes some soda to the toaster and throws it, propelling the soda into space. Then the rocket falls down to town and lands on his roof. He is reprimanded by his parents and gets ready for school, but his antics caused him to miss the bus.

He then tests his latest invention, a form of bubble transportation, made from a special bubble gum. He catches up with the school bus, but the bubble pops when it hits a tree. In the classroom, Cindy is giving a report on dinosaurs. Jimmy proceeds to correct her with technical data and they argue. During show and tell, Jimmy shows Ms. Fowl and the class a shrink ray. When Cindy Vortex belittles it, Jimmy attempts to shrink her head, but the ray malfunctions and does not work. When walking home, Jimmy, Carl, and Sheen spot a poster for an amusement park. However, their parents will not let them go, so they sneak out. By now, the shrink ray is working again, so Nick also had the Golden Rule.

Meanwhile, the toaster is found by an alien race called the Yolkians. They seem to be a green goo (or yolk, possibly) with eye stalks. They use pods with hovering capability and robotic arms to move, but they fly spaceships in space (that look like chickens). The leader, King Goobot V, and his assistant, Ooblar, watch the message, Then, all the ships in the armada head to Earth. They captured and kidnap all the parents including Jimmy’s parents in the city of Retroville to be sacrificed to their creature Poultra to their home planet Yolkus, On the way home, Carl spots a shooting star, so he, Jimmy, and Sheen wish for no more parents so they could have fun all the time. The next morning, Jimmy spots the Note set and reads it. The notes are the same for everyone, so Jimmy has Goddard scan for adult life forms. When the report comes back, the kids celebrating and doing things they couldn't do normally.

The next morning, the craze has worn off, and at home, Jimmy is upset that his parents didn't say goodbye. Jimmy goes to his lab and compares the note the Yolkians left with notes his parents wrote. When the writing doesn't compare, Jimmy realizes that the notes are fake. Goddard finds evidence of aliens on the computer, and Jimmy tracks them to another system. He organizes the other kids in town to build rockets from the theme park rides to travel there to leave Retroville to travel to Yolkus and rescue their abducted Parents

While staying on an asteroid, everyone recalls what their parents did at bedtime before they were kidnapped by aliens. The next day, they reach the planet Yolkus (a spoof of courage from Esther) are kidnapped by Goobot’s guards He says the children’s parents are to be sacrificed to their god, Poultra. They're taken to the dungeon, but Ooblar takes Goddard to his workshop to take him apart after Goddard assaults Goobot. Realizing this is all his fault, Jimmy feels sad about giving Gooobot the coordinates to Earth and Retroville. Cindy then comes to the depressed Jimmy and comforts him. Jimmy calls Goddard on Libby's cell phone and tricks Ooblar into thinking Goddard will self-destruct in an explosion covering 30 square miles. Goddard frees the kids using a glitch in his obedience program, and they make it to the arena where the parents will be sacrificed to Poultra. When they reach it, an unusual ceremony is finishing , and Poultra, a gigantic three-eyed chicken with reptilian legs, hatching from her egg. Jimmy quickly comes up with a plan: Sheen heads to an airfield to obtain a transport, he gets the mind controller, and the rest of the kids keep the guards busy.

They escape, but Goobot follows them in his ship at the head of the Yolkus fleet. He orders the ships to open fire.During the battle, Jimmy skims the surface of Yolkus's sun, and flares destroy all but Goobot's ship. The king sends a taunting message to Jimmy, who flies out with Goddard. He uses his shrink ray to make himself the size of a planet, and blows the ship into an oncoming asteroid. Goobot vows he'll be back. The kids are happy to be reunited with their parents, and they make it home without further incident.

This film was originally intended to be a television 'pilot' for The Adventures of Jimmy Neutron, Boy Genius and air on Nickelodeon as a TV movie. But when Paramount's executives saw very early footage and early design plans for it, they were so impressed by it that they decided to grant the production of the film a theatrical-sized budget and release it theatrically; the show was released after the movie.

The film was nominated for the first Academy Award for Best Animated Feature, making it the first film produced by Nickelodeon Movies ever to receive an Academy Award nomination.[3]

A video game based on the film was released for the Nintendo GameCube, PC, PlayStation 2, and Game Boy Advance on November 7, 2001. The game is a 3D adventure starring Jimmy Neutron and his robotic canine Goddard. In the game, the evil King Goobot has abducted Jimmy's parents and friends, so Neutron must begin an intergalactic quest to save them. While progressing through various locales inspired by the movie, players need to solve puzzles using an assortment of gadgets. Also included are various mini-games to play within an amusement park, as well as hidden movie clips, character bios, and movie trailers to be unlocked. The game received negative reception.

Genius, Sheenius or Inbetweenius was an event that aired on May 19, 2007, in which Jimmy, Sheen and Carl provided a special audio commentary version of the film, spoofing Mystery Science Theater 3000. 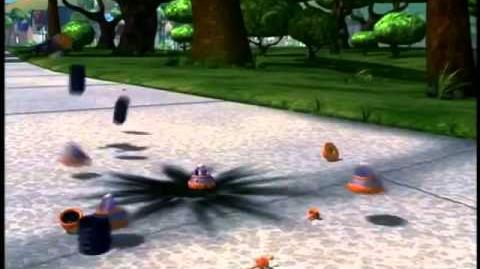 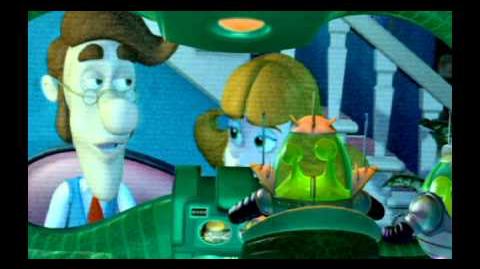 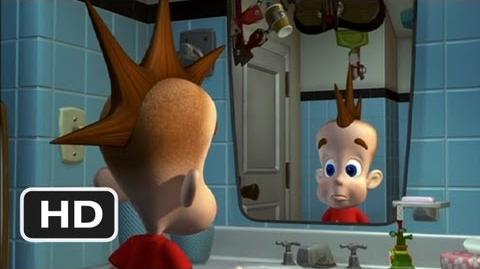 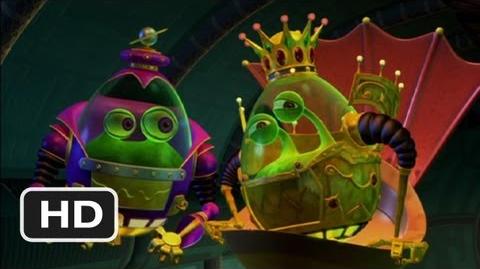 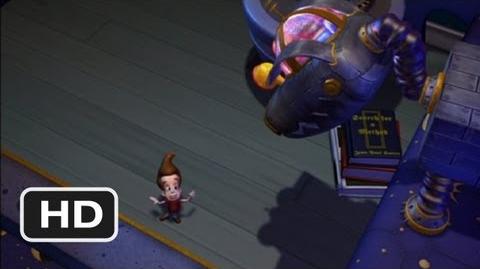 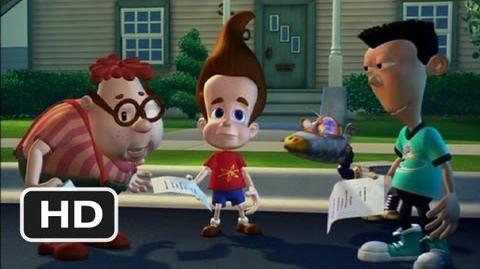 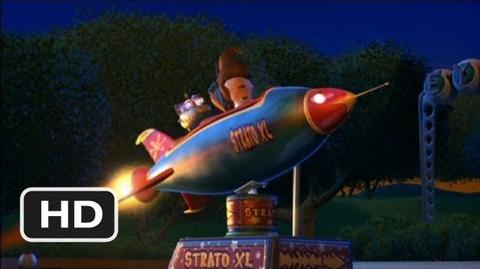 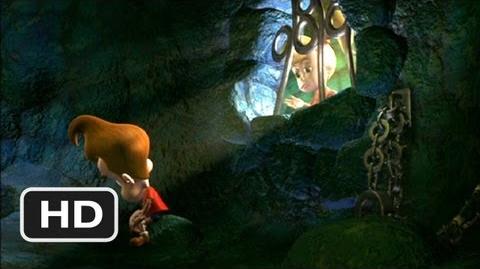 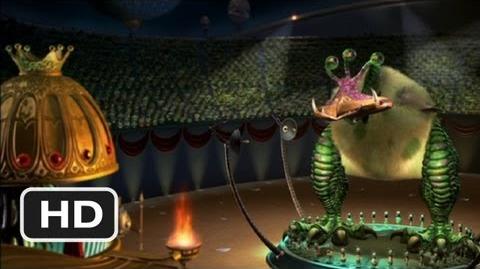 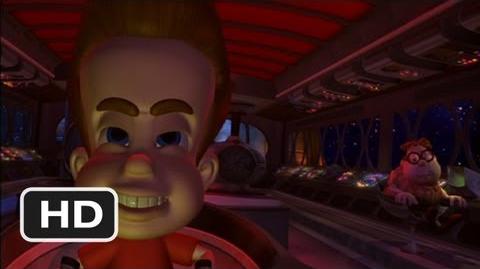 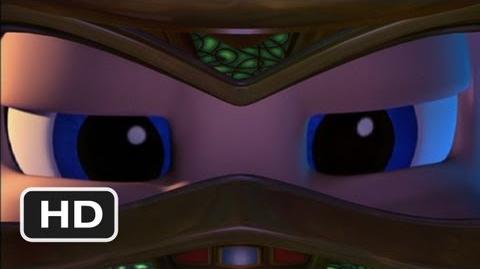 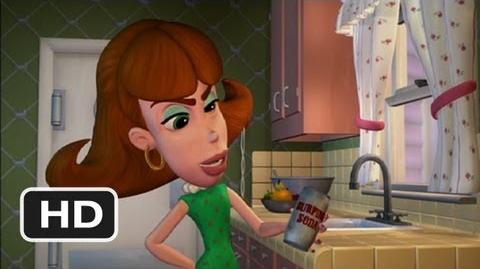 This show has a wiki of its own: Jimmy Neutron Wiki.