Josh Nichols is one of the two main protagonists of Drake & Josh.

Josh's most common personality is his intelligence and willing to work being a straight A student, compared to Drake's laziness. However, he is also shown to be bad when it comes to social skills. He remarks to his brother Drake whenever he says something nonsensical. He is known to enunciate some of his words. Josh is portrayed by Josh Peck as a teenager and Matthew Gumley as an eight-year-old. Josh moved in with Drake when they were 15. He is obsessed with the The Oprah Winfrey Show and ran her over with his car by accident while he was going to the show for his birthday.

Unlike Drake, he usually stresses over school a lot and uses his common sense. Despite his good character and good grades, Josh is prone to bad luck, especially with girls, but even though Drake is usually more successful with girls, Josh gets 22 dates in a week to win a bet from Drake in the episode "Who's Got Game". He often has a bad habit when a person tells him to take care of something, when Josh questionably objects, the person tells him more firmly. Josh has a job at The Premiere movie theater, where he gets an average number of customers. He loves his job and has had hopes of becoming assistant manager. His hobbies are playing video games, cooking, and performing magic tricks. He usually suffers at the expense of Drake's carefree behavior, but the brothers somehow complete each other. He also had a perfect attendance record, but a blemish was put on that record due to him and Drake skipping school to spy on Walter in "The Affair". 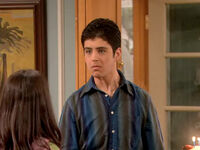 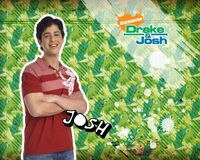