Nickelodeon
Register
Don't have an account?
Sign In
Advertisement
in: Actors, All That cast members, Figure It Out panelists,
and 11 more

Joshua Aaron "Josh" Server (born April 11, 1979) is an American actor and comedian, best known for being the only All That cast member to remain through the entire original six seasons.

On All That, his most notable characters were Detective Dan, Earboy, and Superdude's nemesis Milkman. He returned for the tenth anniversary special, and later for the 2019 revival.

During his time on All That, Server also appeared as Louis Spivey in The Secret World of Alex Mack third season episode "Spivey". He appeared in the Good Burger movie as Fizz, a member of the Good Burger crew who mans the drive-thru window. He was a recurring panelist on Figure It Out from 1997–1998. In the third-season finale of Kenan and Kel, titled "Poem Sweet Poem", he played Philip. He also wished then-castmate Amanda Bynes good luck in the "Pilot" of The Amanda Show. He succeeded Kenan Thompson as host of Oh Yeah! Cartoons. In 2002, he appeared as Charlie on 100 Deeds for Eddie McDowd.

In 2006, he played Jeff Carlson, director of reenactments of FBI's Most Wanted in the Drake & Josh episode "Theater Thug". He also played the Speedy Dot delivery guy in an episode of Ned's Declassified School Survival Guide. 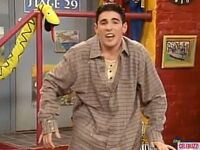 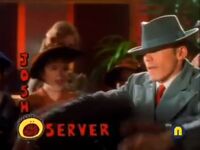