Light blue hair in a ponytail with spikey bangs, yellow t-shirt with a vermillion jacket with black spots, and green plaid shorts and black shoes.

June is the laid-back female host of KaBlam! She has a sarcastic personality and enthusiasm for her job. In the first season, she was portrayed as a tomboyish ditz. By season two she has become much smarter, but kept her tomboyishness. She also has a fiery temper, and is prone to hurting others when angry including her friends. She also can be very bossy. She has a tendency to find Henry's dilemmas, which she tends to cause, quite humorous, although on other occasions she is shown to care deeply for him.

After the series ended, Henry and June briefly became Nickelodeon's unofficial mascots, hosting their own between-show segments on the channel.

One of June's most consistent traits is that she's a prankster, and often teases Henry. Usually, she's laughing at him because he always gets hurt.

June has a number of skills. She is often shown to be quite proficient with machines and gadgets, and built a large and complex page-turning device. She can also play the acoustic guitar and sing. 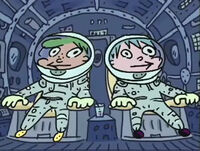 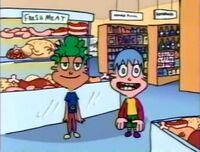 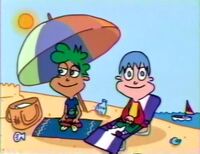 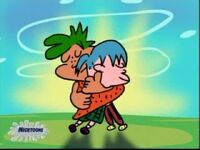 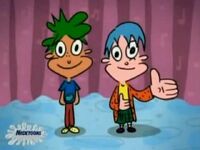 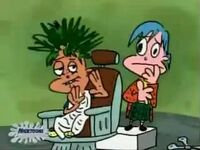 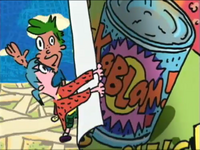 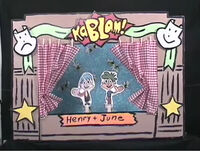 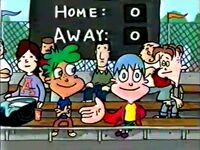 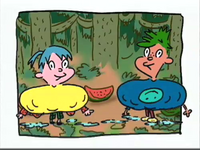 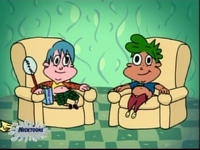 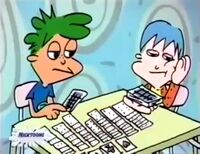 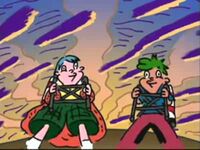 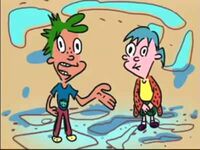 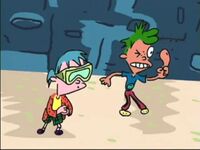 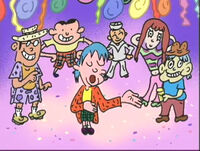 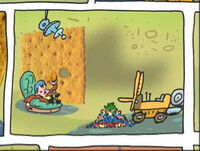 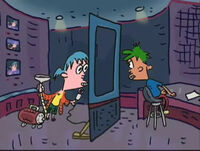 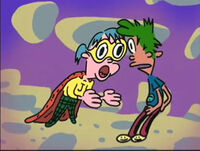 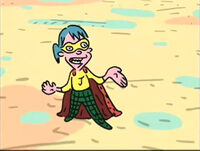 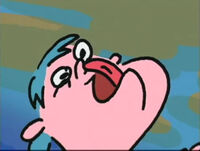 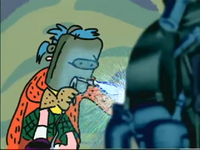 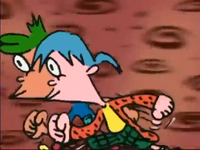 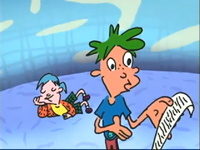 Retrieved from "https://nickelodeon.fandom.com/wiki/June?oldid=251240"
Community content is available under CC-BY-SA unless otherwise noted.