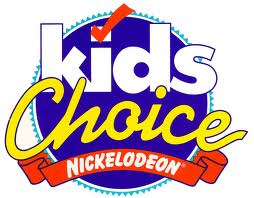 The Nickelodeon Kids' Choice Awards, also know as the KCAs or Kids' Choice Awards are an annual awards show that have been broadcast on Nickelodeon since 1987. The award shows usually air on Saturday nights in the months of March, or early April, to honor the previous year's biggest television, movie, and music acts, as voted by the Nickelodeon fans. The winners receive a hollow orange blimp with the Nickelodeon logo on it. During the awards' show, celebrities and the audience are splashed with slime.

The most recent edition of the Kids' Choice Awards it's the 26thedition, realized on March 23, 2013, actor Josh Duhamel hosted the ceremony.

Retrieved from "https://nickelodeon.fandom.com/wiki/Kids%27_Choice_Awards?oldid=72578"
Community content is available under CC-BY-SA unless otherwise noted.