Nickelodeon
Register
Don't have an account?
Sign In
Advertisement
in: Rugrats characters, All Grown Up! characters, Kids,
and 17 more

Kimi Finster
Rugrats and All Grown Up! character

Rugrats in Paris: The Movie: The Video Game

"I just love my new big brother."
Kimiko "Kimi" Watanabe-Finster is Chuckie Finster's stepsister in Rugrats and its spin-off All Grown Up! She joined Tommy's group of friends during Rugrats' seventh season, after her mother, Kira, married Chuckie's father, Chas, in the series' second theatrical film, Rugrats in Paris. Like Tommy Pickles, Kimi is super adventurous and is always ready with a smile and an encouraging word. She teaches Chuckie what it means to be a true big brother and helps him manage his fears.

In Rugrats in Paris: The Movie, the one and a half-year-old Kimi was portrayed as very brave and often stumbled into dangerous situations she was too naïve to recognize, often bringing her new stepbrother, Chuckie Finster, along, much to his dismay. He described her as "another Tommy" upon meeting her. She is just as adventurous as Tommy and cares for her friends. She laughs in the eye of danger and is always looking for an adventure.

Despite having been such a prominent member of the Rugrats cast in its last few seasons, Kimi was strangely absent from the revival comic by Boom! Studios.

In All Grown Up!, set approximately 10 years later, Kimi grew up to some extent. Kimi is still adventurous and free spirited and has also grown to be spunky, independent, and more aware of other's feelings. She's very athletic; for example, at a ski resort, Kimi signed up for "daring" activities like rock climbing and, according to the series, she is a terrible cook, as seen in "Dude, Where's My Horse?" She is very creative and excels in arts, and usually applies this to her unconventional wardrobe.

Kimi reappears in the Rugrats reboot, debuting in the episode "Escaping from Preschool". Unlike in the original show, she is the same age as Angelica and attends preschool with her.

Kimi has purple hair with is tied into three ponytails. She wears a yellow dress with a purple cat on it in the movie, although throughout the series she has a pink shirt inside. She has purple cowgirl boots and has a diaper underneath like Lil. 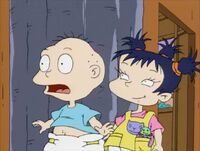 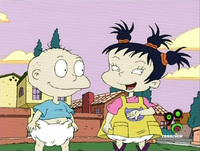 Kimi as she appears in her debut 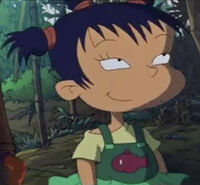 Kimi as she appears in Rugrats Go Wild. 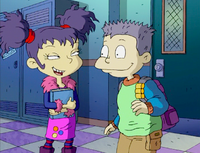 Kimi with Tommy in the second season of All Grown Up! 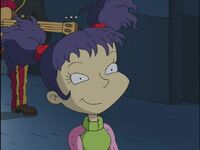 Kimi in "The Finster Who Stole Christmas". 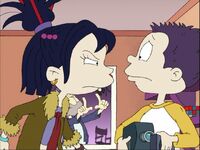 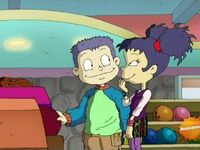 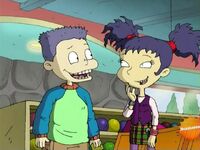 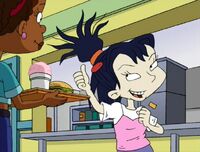 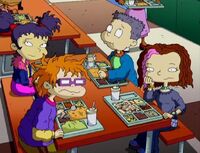 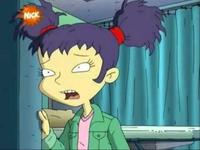 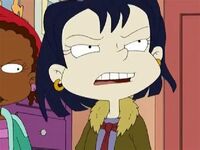 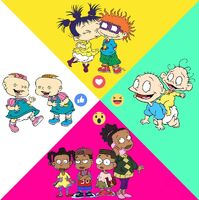 Rugrats and their siblings 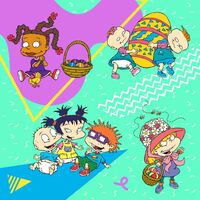 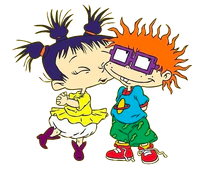 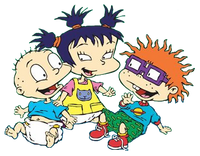 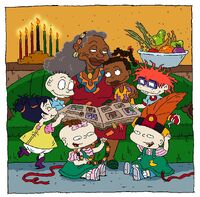 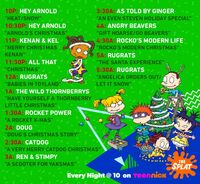 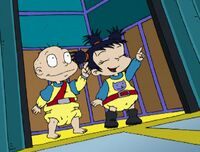 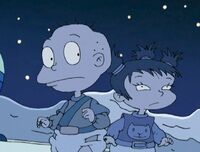 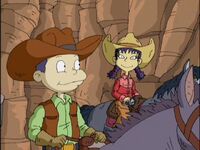 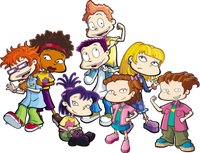 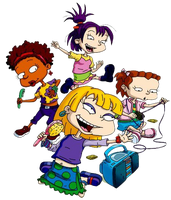 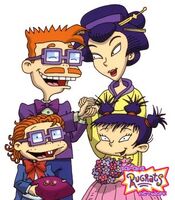 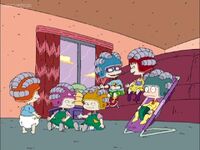 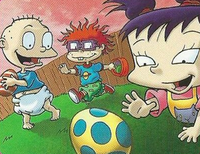 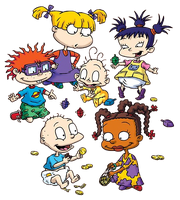 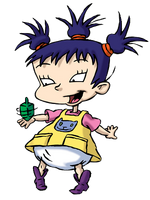