Nickelodeon
Register
Don't have an account?
Sign In
Advertisement
in: Character stubs, The Legend of Korra characters, Avatars,
and 9 more
English

Korra
The Legend of Korra character

All Avatars; Raava; Tenzin and his family; New Team Avatar

"No matter what happens, no matter how crazy things get, I'll always try to restore balance."
Korra is the titular protagonist of The Legend of Korra. She is the current Avatar and first Avatar of the Second Avatar Age.

Korra was born to two waterbenders named Tonraq and Senna in the Southern Water Tribe, immediately following the death of Avatar Aang. At the age of four, she discovered her identity as the Avatar, a fact she proudly announced to the Order of the White Lotus when they visited her home at her family's request. After confidently performing waterbending, earthbending, and firebending before them, her identity as the Avatar was established, and her training to become a Fully Realized Avatar began in earnest under the Order's watchful eye. Over the next thirteen years, Korra demonstrated a prodigious talent which allowed her to quickly master the arts of waterbending, earthbending, and firebending, as she completed her training of the latter by 170 ASC. During her youth, she met and tamed a female polar bear dog, whom she named Naga and who served as her animal companion.

As the Avatar, Korra has the unique ability to use all four elements, and has the potential to become the most powerful bender in the world. Furthermore, since she was a child, Korra has always had a remarkable affinity for the physical aspect of bending. She also quickly took to the three different styles of pro-bending with simple instructions from her teammates, greatly impressing them after only a week of training to ultimately become a highly capable member of the Fire Ferrets. While in the Avatar State, Korra is able to use an air spout to raise herself into the air while unleashing all four elements in rapid succession. Later after more training, Korra becomes able to easily enter this form with complete control, even during intense competition. She even used the Avatar State to win a game of Air Scooter Racing against Tenzin's children, causing Tenzin to scold her. 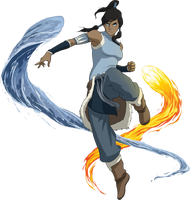 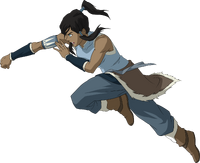 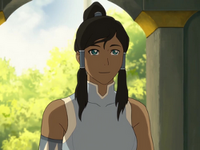 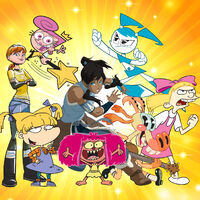 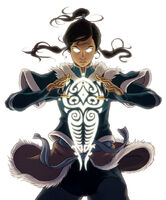 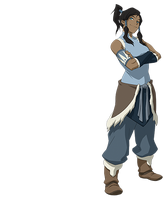 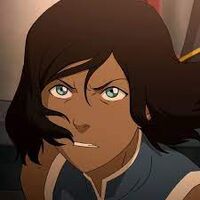 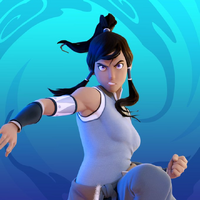 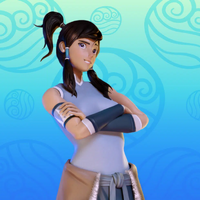