Liberty Danielle "Libby" Folfax is a main character from The Adventures of Jimmy Neutron: Boy Genius. She is Cindy Vortex's best friend and Sheen's girlfriend and female counterpart.

Libby is stylish, smart and sophisticated, loves music, electronic gadgets and a top expert in the charts fortieth. When Cindy goes too far, Libby gets them quickly back to the Earth. Libby is very loose on it and sings for her life. She also has more common sense and is more down-to-earth than her friends and is the voice of reason. Libby also serves as a big sister to Jimmy and often tries to help him come out of his shell.

In season one, the movie and in the shorts, Libby was more of a sidekick towards Libby, but since season two, she started to become her own character and get more focus.

Sheen also has a crush on her and they end up dating in the third season. In fact, it is revealed in Crouching Jimmy, Hidden Sheen that Sheen cares about Libby more than Ultra Lord. His love for Libby is what motivated him to go to Shangri-Llama and defeat Yoo-Yee, for her sake. Sometimes, Libby sticks up for Sheen whenever Cindy or Nick yell at him.

During the shorts, the movie and the first season, Libby wore a green dress, and a piece of hair covering her eyes along with green socks and black shoes. In the episode "Beach Party Mummy", she is given a new hairstyle inspired by an Egyptian pharaoh she was related to and in the next episode, she was given a pink shirt, blue flared jeans and brown shoes. Even though this is her design for the rest of the franchise, the storybooks still used her original design.

Despite the fact that Libby and Sheen are an official couple by the end of the series, Sheen doesn't mention her at all in Planet Sheen (or any of his other friends for that matter) and has a new love interest. 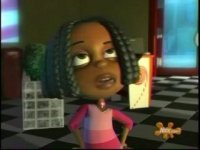 Libby after her redesign 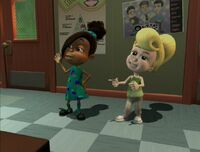 Libby with Cindy in the first season. 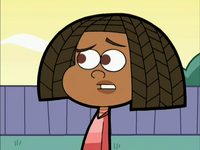 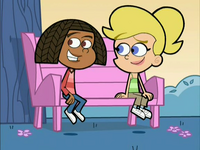 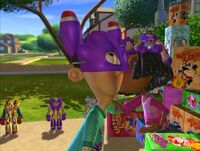 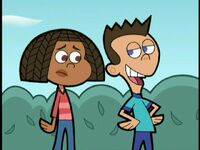 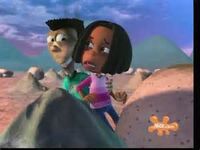 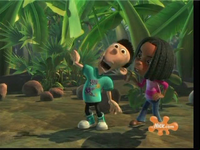 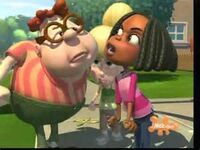 Retrieved from "https://nickelodeon.fandom.com/wiki/Libby_Folfax?oldid=117615"
Community content is available under CC-BY-SA unless otherwise noted.