Nickelodeon
Register
Don't have an account?
Sign In
Advertisement
in: The Loud House characters, The Casagrandes characters, Males,
and 22 more
English

His sisters meddling in his life, getting in trouble, being bullied, getting hurt, his own clumsiness, being injured, forgetting, being grounded, losing, his sisters being mean to him, being framed, bullies, bears, raccoons, snakes, bees, being left behind, being unpopular, losing his manliness, exercises (formerly), being predictable (formerly), others considering him to be bad luck, being unpredictable, not getting dessert, not having fun, anyone refusing to help him, Lynn's aggression, failure, Chandler, thunderstorms, tornadoes, ruining his plans, Morag, Luan's April Fools pranks, no one getting his attention, his sisters overshadowing him, not being in the photo with his sisters, spiders, ants, worms, mosquitoes

Lincoln "Linc" Albert Loud is the middle child and only son of the eponymous family on The Loud House, on which he is the overall protagonist, and also an occasional guest character in its spin-off The Casagrandes. He is an avid reader of comic books and he frequently speaks to the viewer on how he gets around the chaotic conditions of the household by finding creative solutions to his problems (though this became less frequent from the second season onward). He is 11 years old in the first five seasons and 12 years old in the sixth season onward.

At school, Lincoln is often seen hanging out with his two best friends and former classmates, Clyde and Ronnie Anne and his close friends, Zach, Liam, Rusty, and Stella. Unlike his sisters, he doesn’t have a distinct personality and is quite multi-faced.

Lincoln appeared in all episodes of the first two. but there are episodes in the later seasons in which he doesn't appear until fifth season. The first one not to feature him is "Net Gains". Despite this, he always appears in the title card for each episode even when he has little to no involvement in the story (except for the Casagrandes mini-series at the beginning of the fourth season). In the fifth season, he doesn't appear on title cards as much.

Thanks to the show's success, Lincoln became a mascot for Nickelodeon (behind SpongeBob) in 2017. In keeping with his fourth-wall breaks on the show, he has starred in videos in which he answers questions from fans and hosted the short-lived Saturday morning block Saturday Morning Hang Zone with Lincoln Loud, and now hosts a vlog series alongside Ronnie Anne on the show's YouTube channel. Outside of The Loud House franchise itself, Lincoln was the second guest star in the Unfiltered episode "Bunny Money", making him the first animated character to be featured on that show. He also currently appears as a correspondent on NFL Slimetime, in which he presents the weekly nominees for NVP (Nickelodeon Valuable Player) and announces the winner at the end of each episode.

According to the episode "Not a Loud", Lincoln was born in the limo of the President of the United States.

Lincoln is a good-hearted and well-meaning person, who is always looking for fun, and thinking about the well being of others. As the family nerd, along with Lisa, Lincoln is an avid fancier of comic books, manga, video games, fantasy and science fiction stories, which are typical interests for a boy his age. His favorite comic superheroes are Ace Savvy and One-Eyed Jack, whom he and Clyde often dress as when working to solve mysteries. His favorite music band is SMOOCH, as seen in "For Bros About to Rock" and "Yes Man".

Lincoln's best friends and former classmates are Clyde, Liam, Rusty, Zach, Stella, and Ronnie Anne. Sometimes, he tries to hang out with other kids, but the rest of his social life has not really been explored and it's been revealed that when he tries to make new friends they're always being mean to him, as seen in "Save the Date" and "Hand-Me-Downer".

He missed out of fun with his sisters, as shown in "A Novel Idea", "Raw Deal", "No Such Luck", and "Kings of the Con", but almost with his friends in "Yes Man" due to his sisters set up the SMOOCH's VIB concert for him to experience in front of his house by convincing the real SMOOCH to show up and his friends to attend as an apology for taking advantage of his selflessness.

Most of the time, Lincoln is clumsy, quiet and relaxed, but sometimes he gets upset when he is annoyed, or when something goes wrong. He has proved to be very patient (especially with his sisters) and also hates his own clumsiness or getting hurt. His greatest fear is the family falling apart, as shown in "Butterfly Effect", along with being hated by his sisters, as shown in "Making the Case" and "No Such Luck".

He acts as the "Jack of All Trades" to all of his sisters. He is not as good as his sisters in what they do, but he is competent enough to impress and help them in what they are doing: such as helping Lucy write her poems, being one step ahead of Luan in her pranks, preventing Lisa's experiment from exploding by adding a chemical, assisting Leni with her fashion designing, and catching Lynn's football in "Project Loud House". He is also quite good at playing the cello, as he was the only one Luna complemented when she pressured the siblings into playing their instruments well in "House Music".

Like his sisters, he often watches the in-universe reality show The Dream Boat, though in the episode "Roughin' It", he pretends to dislike it when he feels he has lost his manliness from growing up with sisters. In the end he rejoins his sisters in watching The Dream Boat after he got his manliness back and learns not to worry about what's manly, girly, or any of that junk.

He feels overshadowed by his sisters which they hogs the spotlight, as shown in "Making the Case", "Kings of the Con" and in the first film.

In the first four seasons, he attends Royal Woods Elementary School with his younger siblings, Lucy, Lana, Lola, and Lisa.

As of the fifth season, Lincoln now attends Royal Woods Middle School, where he is a student in Mr. Bolhofner's class (due to him being unable to get a spot in Mrs. Salter's class with his friends because there's no room left). Starting in "Kernel of Truth", he and his friends now run the school's morning news show. 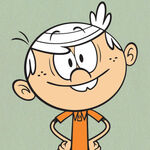 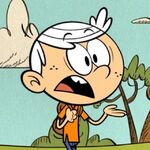 "I've got a few more cards up my sleeve!" 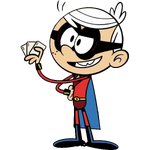 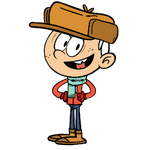 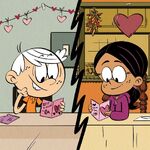 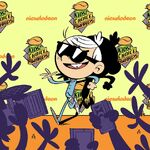 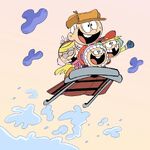 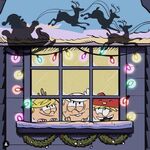 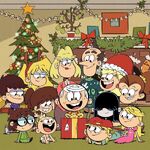 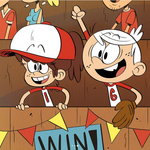 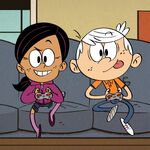 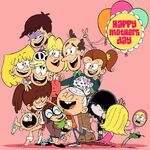 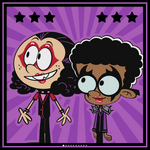 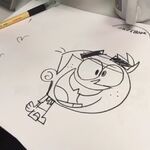 Lincoln showing off a magic trick to Ronnie Anne and the Casagrandes. 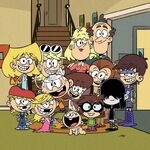 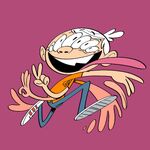 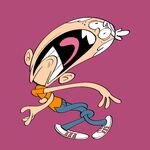 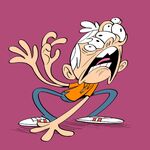 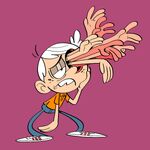 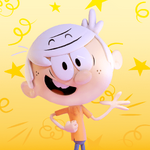