Lincoln "Linc" Loud is the main protagonist of The Loud House. He is the 11-year-old middle child, and also the first and only son, in the eponymous family. He is an avid reader of comic books and he frequently speaks to the viewer on how he gets around the chaotic conditions of the household by finding creative solutions to his problems. He is in the fifth grade and likes hanging out with his best friends, Clyde, Ronnie Anne, Zach, Liam, Rusty, and Stella. Unlike his sisters, he doesn’t have a distinct personality and is quite multi-faced.

Lincoln appeared in all episodes of the first two seasons, but there are episodes in the later seasons in which he doesn't appear. The first one not to feature him is "Net Gains".

Thanks to the show’s success, Lincoln became a mascot for Nickelodeon (behind SpongeBob) in 2017. In keeping with his fourth-wall breaks on the show, he has starred in videos in which he answers questions from fans, and was also the host of the short-lived Saturday morning block Saturday Morning Hang Zone with Lincoln Loud. He has also made a guest appearance on the spin-off The Casagrandes and hosts a weekly vlog series alongside Ronnie Anne on Nickelodeon's YouTube channel.

Lincoln is a good-hearted and well-meaning person, who is always looking for fun, and thinking about the well being of others. As the family nerd, along with Lisa, Lincoln is an avid fancier of comic books, manga, video games, fantasy and science fiction stories, which are typical interests for a boy his age. His favorite comics are Ace Savvy, David's Castle, and Comix Jokes. His favorite music band is SMOOCH, as seen in "For Bros About to Rock" and "Yes Man".

Lincoln's best friends are Clyde, Liam, Rusty, Zach, Stella, and Ronnie Anne. Sometimes, he tries to hang out with other kids, but the rest of his social life has not really been explored and it's been revealed that when he tries to make new friends they're always being mean to him, as seen in "Save the Date" and "Hand-Me-Downer".

Most of the time Lincoln is quiet and relaxed, but sometimes he gets upset when he is annoyed, or when something goes wrong. Also, he has proved to be very patient, especially with his sisters. His greatest fear is the family falling apart, as shown in "Butterfly Effect", along with being hated by his sisters, as shown in "Making the Case".

He acts as the "Jack of All Trades" to all of his sisters. He is not as good as his sisters in what they do, but he is competent enough to impress and help them in what they are doing: such as helping Lucy write her poems, being one step ahead of Luan in her pranks, preventing Lisa's experiment from exploding by adding a chemical, assisting Leni with her fashion designing, and catching Lynn's football in "Project Loud House". He is also the only one Luna complemented when the Loud House siblings were playing instruments in "House Music". 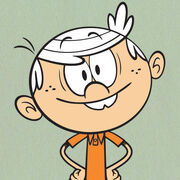 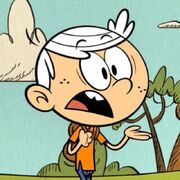 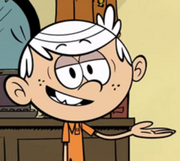 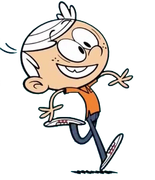 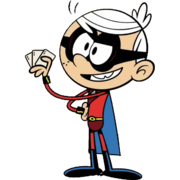 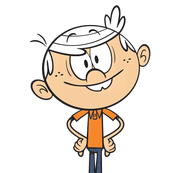 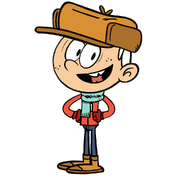 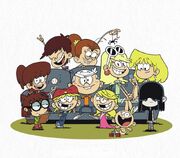 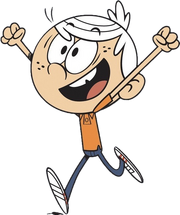 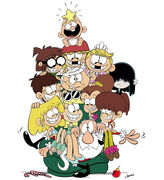 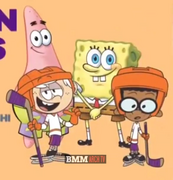 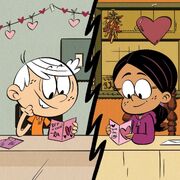 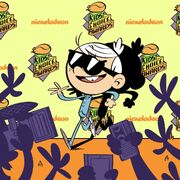 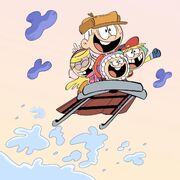 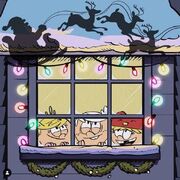 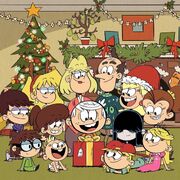 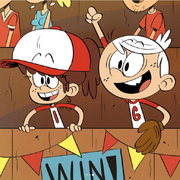 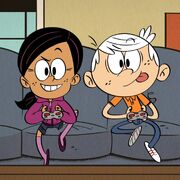 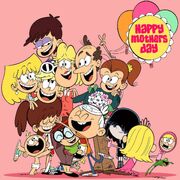 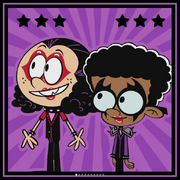 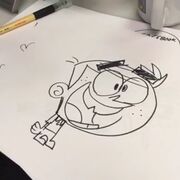 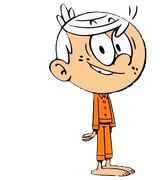 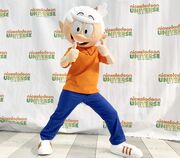 Retrieved from "https://nickelodeon.fandom.com/wiki/Lincoln_Loud?oldid=259918"
Community content is available under CC-BY-SA unless otherwise noted.