Nickelodeon
Register
Don't have an account?
Sign In
Advertisement
in: The Loud House characters, Characters voiced by Grey DeLisle, Humans,
and 22 more

Lola Loud
The Loud House and The Casagrandes character

Blondie (by Lana); The Queen of Diamonds

Getting dirty, looking ugly, not getting her way, being left out, being messed with, being bullied, Lincoln's stupidity, Luan's puns and pranks, people not liking her, ghosts, mud, being replaced in a pageant, Lincoln reading comics in just his underwear, being grounded, reading (formerly), crashing her car, Lincoln's plan (sometimes), accepting help (sometimes), Lynn's bullying and aggression, not getting enough beauty sleep, going up against better competition, thunderstorms, tornadoes, refund, math, anyone messing with her car

"Mirror, mirror in my hand. Who's the prettiest in the land?"
Lola L. Loud is the third-youngest of Lincoln's ten sisters and one of the main characters on The Loud House. At six years old in the show's first four seasons, and eventually turning seven in the Season 5 episode "Strife of the Party", she is Lana's identical twin sister and polar opposite.

In contrast to Lana's optimistic and tomboyish personality, Lola carries a great sense of self-importance, and is always ready to be on the offense if someone crosses her. She is extremely spoiled and will go to great lengths to get what she wants. She is particularly skilled at making money (even if she must deceive others), and dedicates much of her time to winning beauty pageants. Despite being image-focused she takes her schoolwork seriously, and makes it a point to get it done in order to allow her the flexibility to focus on pageant training. Lola's interests include anything girly - this includes fashion shows, makeup, and posing for photo shoots. She is constantly claiming how beautiful she is, and can't look away from a mirror for more than five seconds, which gets on everybody's nerves. Even though she is determined to get her way most of the time, she often shows remorse or guilt if she hurts the feelings of one of her family members.

In some episodes of the show (such as "Undie Pressure", "Sound of Silence", and "A Tattler's Tale"), she is skilled at plotting and scheming to get her way. She has the most tense temper of the family, which tends to make her the most antagonistic Loud sister, often tattling on her siblings and even being known to seek revenge if they get on her bad side. As such, her siblings, especially Lincoln, try their best not to anger her.

In spite of her self-centered nature, Lola is no less compassionate than her siblings, as she is always grateful for her brother Lincoln's kindness towards her and is capable of showing humility and selflessness when letting go of her own needs. In addition, when one of her siblings is in trouble, she has shown genuine concern, and often cooperates with her other siblings to cheer them up. One example is when she helped all her siblings pass a test they didn't study for, even if she failed her own during "No Place Like Homeschool". 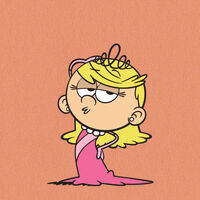 Lola as the Queen of Diamonds

The wrath of Lola 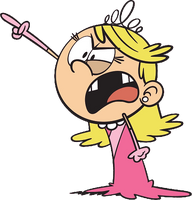 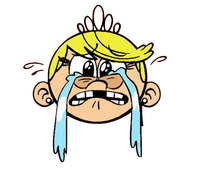 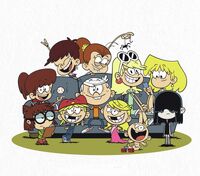 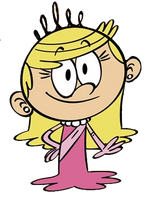 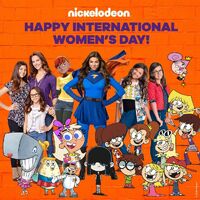 "No, dummy. We moved you while you were asleep. Well, Lynn and Lana did." 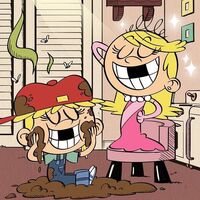 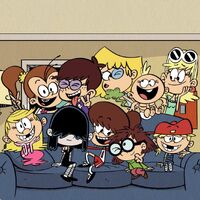 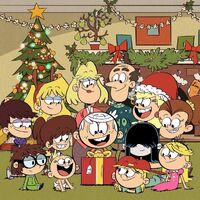 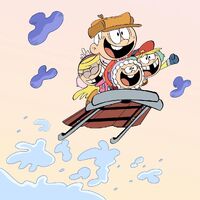 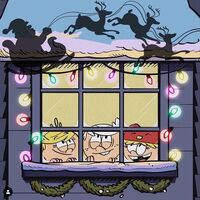 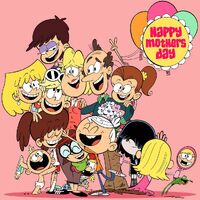 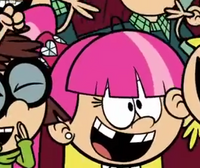 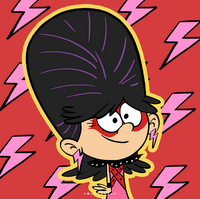 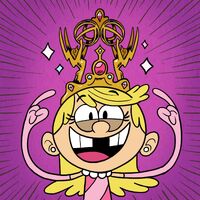 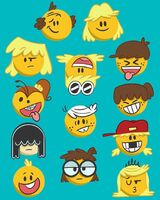 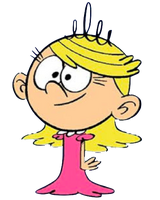 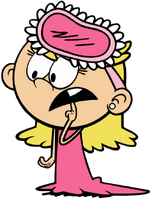 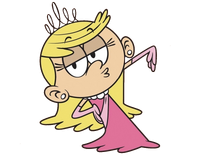 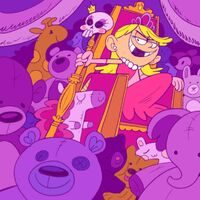 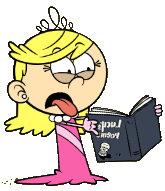 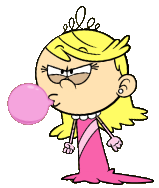 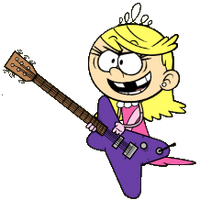