Nickelodeon
Register
Don't have an account?
Sign In
Advertisement
in: All That cast members, Actors, Film actors,
and 7 more

Lori Beth Denberg (born February 2, 1976) is an American actress and comedian. She is best known for her work as an original cast member of the Nickelodeon sketch comedy series All That (where she had blonde hair and orange hair in season 1, brown hair in season 2 and black hair in seasons 2-4 and appeared in the seasons 4-5 opening credits sequence in season 4 and was replaced by Nick Cannon in season 5), and for her role as Lydia Liza Gutman on The WB sitcom The Steve Harvey Show.

On All That, she was the original anchor of the "Vital Information" sketch, reprising the role in successor Danny Tamberelli's absence in the 100th episode and again in the first episode of the 2019 revival. She also played Connie Muldoon (a role she also played in the 1997 Good Burger movie), Miss Fingerly, and Miss Hushbaum, the Loud Librarian.

Her role on All That led to her being a frequent panelist on the game show Figure It Out, in fact taking over hosting duties in one episode, while host Summer Sanders took over Denberg's panelist seat. 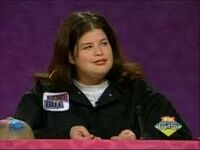 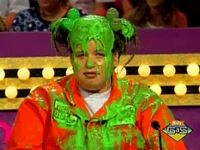