Maestru is a supporting character in the Noggin original series Oobi.

Maestru has fair skin and blue-green eyes. His hair is black with several gray streaks. He wears a black bow tie.

Maestru is Oobi and Kako's singing teacher. He can get impatient if his students do not listen to his instructions, but overall, he is a respectful person. Maestru can play the piano and the keyboard, similarly to Inka. 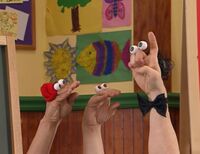 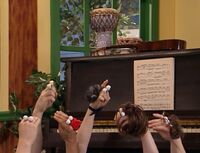 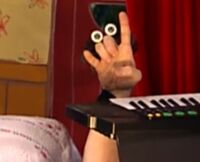 Add a photo to this gallery
Retrieved from "https://nickelodeon.fandom.com/wiki/Maestru?oldid=262410"
Community content is available under CC-BY-SA unless otherwise noted.