Malese Jow (born February 18, 1991 in Tulsa, Oklahoma) is an American actress who is best known for her roles on Nickelodeon shows such as Geena Fabiano on "Unfabulous", Cadence Nash on "The Troop" and Lucy Stone on "Big Time Rush."

She also guest-starred on other Nickelodeon shows such as "The Brothers Garcia" and "ICarly."

Malese has also appeared in films such as "Bratz: The Movie", "Aliens in the Attic", "You're So Cupid!" and "The Social Network." 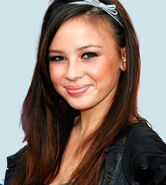 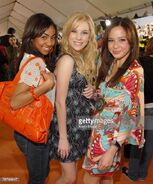 Malese with Emma Roberts on "Unfabulous" 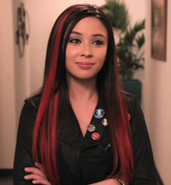 Add a photo to this gallery
Retrieved from "https://nickelodeon.fandom.com/wiki/Malese_Jow?oldid=190876"
Community content is available under CC-BY-SA unless otherwise noted.