Manuel Pablo Gutierrez O'Brien Equihua Rivera(a.k.a. El Tigre) is a 13-year-old boy who is the protagonist of El Tigre: The Adventures of Manny Rivera. He is the son of White Pantera and the grandson of Puma Loco. He wants to be good for his father Rodolfo, but being bad like his grandfather Granpapi Rivera is too much fun. When he spins his mystical belt buckle, Manny transforms into the brave and powerful tiger-themed superhero El Tigre, who struggles with whether to use his superpowers for good or evil. His superhero name translates from Spanish to "The Tiger", which refers to his costume and claws. His powers include sharp retractable claws that can cut through almost anything, shooting out his hand like a grappling hook (hand cut off in "Decision of Destiny"), super strength, and a super jumping ability. In The Grave Escape, he gained the power to summon a Tiger spirit, creating a large green Tiger-shaped energy field around himself that mimics his motions. He often does a few bad things but nearly always does thousands of good things to make up for it. El Tigre briefly developed a wrong crush on a raven-themed supervillainess Black Cuervo, even calling her 'mi amor' (Spanish for "my love"), but seems to lose interest in her at the end of the episode "Enter the Cuervo". 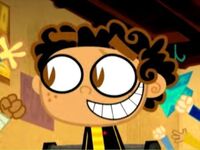 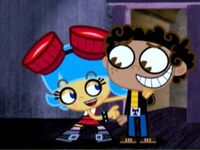 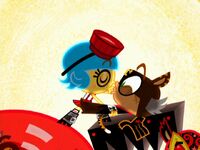 Retrieved from "https://nickelodeon.fandom.com/wiki/Manny_Rivera?oldid=251233"
Community content is available under CC-BY-SA unless otherwise noted.