"On your mark... get set... GO!"
―Marc at the beginning of every episode of Double Dare he hosted

Marc Summers (born Marc Berkowitz; November 11, 1951) is an American television personality, comedian, game show host, producer, and a two-time talk show host, best known for hosting the Nickelodeon game show Double Dare, including its Family and Super Sloppy incarnations. He also hosted What Would You Do? and made at least one appearance on the original Wild and Crazy Kids. He made cameos in the Weinerville episode "Giant Spider", as well as in The Weinerville New Year's Special and The Weinerville Chanukah Special.

In 2000, he returned to the network as executive producer of Double Dare 2000. Two years later, he served the same position for another revival, Wild and Crazy Kids.

In 2013, he appeared in animated form in the Sanjay and Craig episode "Trouble Dare".

In 2016, Summers reprised his original role in bumpers aired for a special live edition of Double Dare produced for The Splat at the San-Diego Comic-Con. The event was live-streamed on The Splat's Facebook page. Marc also appeared in newly-produced bumpers for The Splat, broadcast during a special week of Double Dare episodes.

In 2018, Summers returned to the network once more as the announcer for the new revival of Double Dare, alongside new host, Liza Koshy.

He appeared in animated form again, in The Loud House episode "How Double Dare You!" 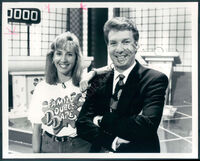 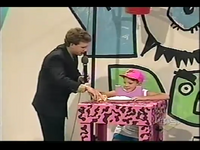 Summers interviewed in Nickelodeon Magazine about the Family Double Dare Live Tour in 1994. 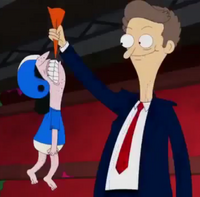 Marc's caricature on The Loud House