Nickelodeon
Register
Don't have an account?
Sign In
Advertisement
in: Stubs, Nick Jr. shows, Shows on Nick Jr.,
and 8 more

May 3, 2002 – August 24, 2019
Max & Ruby is a 2002 Canadian-American animated series that is aimed at preschoolers Created by children's book author/illustrator Rosemary Wells and based on the world of her Max and Ruby books, the episodes present stories about Max, a rambunctious and determined preschool-aged rabbit, and his older sister, Ruby, a patient, goal-oriented, sometimes restrictive rabbit. A pilot episode for this series aired in 2001 and the program appeared as a regular series on October 3, 2002. According to Rosemary Wells on the Nick Jr. website, "Max & Ruby celebrates the relationship between Ruby and her younger brother, Max, and the universal nature of some sibling relationships."

Rosemary Wells, the author of the children's books the show is based on, says: "We don't see Max and Ruby's parents because I believe that kids resolve their issues and conflicts differently when they're on their own. The television series gives kids a sense about how these two siblings resolve their conflicts in a humorous and entertaining way." For the first season, Jamie Whitney was the director, and the first episodes were mostly written by Kate Barris and Patrick Granleese. While some of the stories were adapted from the books, the number of TV episodes eventually surpassed the number of books written by Wells.

The complete series can be found on Amazon Instant Video. 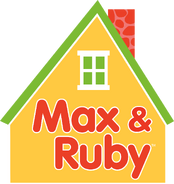 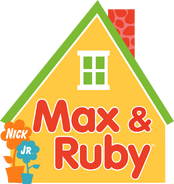 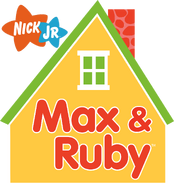 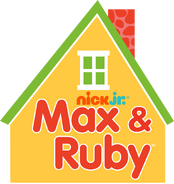