Bunsen Is a Beast!

Beauty or the Beast

Mikey Munroe is Bunsen's loyal best friend and Sophie's boyfriend in the animated series Bunsen Is a Beast. He was voiced by Ben Giroux.

He has orange hair, the same height as Amanda, has apricot skin, he mostly wears a green shirt with a dark green zig-zag lines and has a white collar and sleeves and also wears blue pants and a red-and-white sneakers.

Mikey is a quiet, shy and intelligent young boy who is trying new things and embracing different aspects of life, especially Bunsen being around a lot. He's an untalented speller. 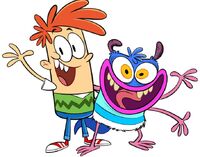 Mikey and Bunsen as they appeared in the pilot. 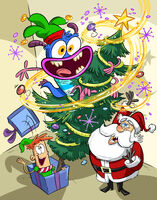 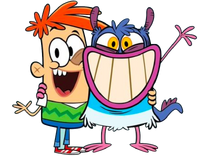