Nick.com is the official website of the American children's cable network Nickelodeon. Launched in October 1995, it mainly serves as an online portal for Nickelodeon content, and offers online games, video streaming, radio streaming, and individual websites for each show it broadcasts.

Nick.com received positive reactions, winning various awards including a Webby in 2003 and being praised for the steps it took to protect user privacy. In December 2018, Nickelodeon updated the website to only feature show pages describing the basic summary and only giving the option to watch episodes and clips on the Nick app, as well as removing all games from the site, much to the dismay of many longtime fans.

Nick.com was launched in October 1995,[1] and was initially only accessible via America Online. The website was later made available to all internet service providers in 1997, and became a strong promotional tool for Nickelodeon.[2] The website's popularity grew, and became the highest-rated website among children aged six to fourteen years old by March 1999. Nickelodeon used the website in conjunction with television series, which increased traffic.[3] Nick.com also maintained a high level of respect for user privacy during its growth.[4]

Initially, Nick.com's design was mainly images and image maps allowing navigation through the website. In January 2000, developers started discussing expansion of Nick.com to make it an even more desirable website for children to visit. Mike Skagerlind, the website's general manager at the time, said, "We felt strongly that it could be a lot more. We basically wanted it to be the main place that kids go to on the Web." On June 4, 2000, the website redesign began, with the interface revamped to make it more appealing to children, and the most significant development being the use of Adobe Flash for animated graphics and buttons.[2] Nick.com's design has changed repeatedly since then, with the site's current design making use of sidebars, web banners, and Adobe Flash.

On September 27, 2009, Nick redid the site when the new logo came into effect.

In 2001, Nickelodeon partnered with Networks Inc. to provide broadband video games for rent from Nick.com. The move was a further step in the multimedia direction that the developers wanted to take the website. Skagerlind indicated that over 50% of Nick.com's audience are using a high speed connection which allows them to expand the gaming options on the website.[7]

On January 6, 2006, Nickelodeon launched New Game of the Week, a service that showcases an Adobe Flash game based on Nickelodeon content. The first New Game of the Week was Jimmy Timmy Power Hour 2: Co-Pilot Chaos, based on The Adventures of Jimmy Neutron, Boy Genius and The Fairly OddParents.[8] When the service was launched, Nick.com had over 228 million game plays in the same fiscal quarter, which was partially attributed to New Game of the Week.[9] A new game is showcased every Friday.[8] The New Game of the week of the year has had many wins on their SpongeBob games, such as Bikini Bottom Bust Up, Dunces and Dragons, The Attack of the Lava King, and others.

Nick.com provided streaming videos of full or partial Nickelodeon episodes. The service was originally launched as TurboNick, a popup panel showcasing broadband content such as video clips and games.[10] It was then revamped and relaunched on July 1, 2005 as a sister website for Nick.com. The new website expanded on clips and content on Nick.com to provide full length Nickelodeon television shows.[11] The United States service was again revamped in 2009 and began focusing exclusively on content from Nick's current schedule. With the ubiquitousness of online streaming, TurboNick branding was also phased out at this time.

Despite the streaming service focusing on current programming, there is at least one instance of a former Nickelodeon program streaming on the website. Although not available from the main interface, using an internet search engine, users could access at least one episode of Double Dare 2000.[12] Double Dare: "Episode 147". This may have been an error in the website, although the episode name and description appear, there are some inconsistencies with the featured offerings.

Along with the website's redesign in July 2014, Nickelodeon introduced its first web-exclusive series Welcome to the Wayne.[13] Citing changes in viewer preferences, it marked the beginning of a push to create content that could exist on multiple platforms such as online, through mobile devices, as well as television.[13] At the same time, Nickelodeon stopped airing The Legend of Korra on television amid declining ratings during the show's third season, and shifted its distribution to online outlets, where it proved to be far much more successful.[14][15] Moving the series to outlets such as Nick.com and third-party outlets such as Amazon Instant Video, Google Play, Xbox Video, and Hulu reflected what series creator Michael DiMartino called a "sea change" in the industry; while Korra did not fit in well with Nickelodeon's other programming, the series did extremely well online, with the season two finale having been Nickelodeon's biggest online event.[15][16] After its third season, season four of The Legend of Korra premiered in the United States on October 3, 2014, exclusively through online distribution.[17]

In the United Kingdom, Nick.com does not offer the same ability to watch entire episodes, but offers short clips from Nickelodeon shows instead.[18]

Nick.com streams Nick Radio, a radio network launched in partnership with iHeartMedia (then Clear Channel Communications) on September 30, 2013. The network is also distributed through the iHeartRadio web platform and mobile app as well as New York City radio station WHTZ as a secondary HD channel. Nick Radio focuses on top 40 music (geared towards the network's target audience of children and adolescents, with radio edits of some songs incorporated due to inappropriate content), along with celebrity interview features. In addition to regular on-air DJs, Nick Radio also occasionally features guest DJ stints by stars from Nickelodeon's original series.[19][20][21]

Nick.com maintains informational pages on Nickelodeon's current programming lineup. Although the content for each program page includes Games, Videos, and Episodes that can be accessed through other parts of the site, show pages can also include show photos and character breakdowns.[22]

The Club was a massively multiplayer online role-playing game provided by Nickelodeon on Nick.com. It was a virtual community that used isometric 3D graphics. It allowed users to play games, watch video clips and explore locations based on Nickelodeon television shows. Construction of the game began in November 2004.[23] An alpha of the game was released in early 2006. The first beta was released in June 2006. From August 18, 2006 to January 6, 2007, the game was closed to the general public. Prior to this release, almost three million children had tested the game.[24] The service was finally launched to the public on January 30, 2007 as Nicktropolis. [25][26]

Following the official launch of the service, additional improvements were made. In March 2007, the game was remodeled and given a new logo, and on May 11, 2007, the home page was remodeled to fit in with Nick.com's new look. On June 24, 2007, the game was featured in The New York Times, with a quote stating, "Pre-teenage viewers have a virtual playground to call their own." [27] In September 2007, the Nicktropolis Newsletter was launched , as an e-mail service to players, and in November 2007, the service became ad-supported.[28] By July 3, 2008, Nicktropolis had over 7,000,000 registered users.[29] That same year, the service introduced daily events on weekdays, the "Nicktropolis Blog" on the Nick.com message boards, and a new area to support The Big Green Help, the year long Nickelodeon green campaign.[30] [31] [32]

The game received positive ratings in terms of appropriateness for children, with mixed critical reviews.[33] The service was redesigned as The Club on May 19, 2010.[34]

Nick Arcade (sharing a name with, but otherwise unrelated to, the TV series of the same name) was a series of games that could be downloaded from Nick.com. It allowed users to play any game before buying it. Nick Arcade games can still be found on Nickelodeon's sister website, Shockwave.com.

Nick.com offered a moderated Internet forum called the Message Boards. On the boards, kids posted threads and replied on topics based on Nickelodeon content. Emoticons were represented with icon GIFs. Notable Moderators were called NICKFrog and NICKPhilly.

Along with the redesigned Nick.com, the Message Boards were completely redesigned to match up with it in 2014.

The message boards were closed on March 31, 2016 after Nick.com removed the option to sign up as a user on the site.

Nick.com allowed you to sign up, but this was removed in 2016 due to COPPA.

The critical reaction for Nick.com has been mostly positive, with the website winning numerous awards. In 1999, Nick.com also was awarded a Beacon award in the Education section. The awards reward excellence within the cable industry. The website has received two awards from the Broadcast Designers Association, getting a bronze award in 2001 and a silver in 2002.[35] In 2003 Nick.com received a Judge's Choice Webby in the Television section of the awards.[36] Nick.com also received positive attention for its privacy policies. In 1999 Nick.com received the first Internet privacy seal from BBBOnline, a subsidiary of CBBB that assesses privacy issues online.[4]

A 1995 print ad promoting the launch of Nickelodeon Online 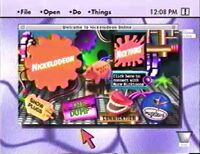 Ad for Nickelodeon Online in May 1996, when it was only accessible through AOL with the keyword "NICK"

Interview with some of the people working on Nick.com in September 1999. 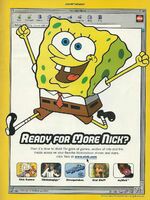 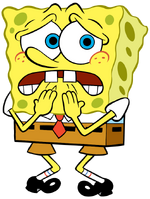 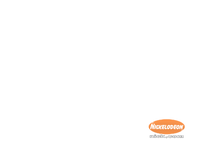