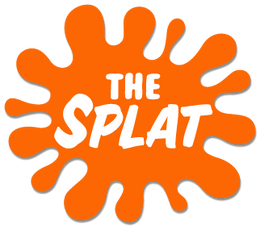 The Splat is an programming block that began broadcasting on TeenNick on October 5, 2015, replacing The '90s Are All That. Differing slightly from its predecessor, the block airs past Nickelodeon shows dating from 1981 to 2004, though still primarily focusing on shows from the 1990s. The block is shown each night from 10:00 PM to 6:00 AM EST.[1]. Unlike its predecessor, The Splat features a different line-up of shows each night.[2] In addition, The Splat feature themed weeks, live stunts, retro recreations, and its own dedicated website.[3]

Shows featured on The Splat

Retrieved from "https://nickelodeon.fandom.com/wiki/NickSplat?oldid=119878"
Community content is available under CC-BY-SA unless otherwise noted.