1080i HDTV
(downscaled to letterboxed 480i for the SDTV feed)

Channel 320 (SD)
Channel 1320 (HD)
The Nick Jr. Channel (or simply Nick Jr.) is a 24/7 cable network spun off from Nickelodeon's long-running preschool programming block of the same name. It launched on September 28, 2009, replacing the channel space held by Noggin. The Noggin brand stayed dormant for several years, but it was eventually relaunched as a streaming service in March 2015.

The Nick Jr. Channel launched on September 28, 2009, replacing the channel space held by Noggin. Although the channel's name changed, Noggin's artistic branding style and Moose and Zee would still be used as the channel's mascots, appearing in time-filler segments in commercial breaks, also rebranding itself as "Preschool on TV." However by 2012, the Moose and Zee characters and original Noggin-like branding were discontinued in favor of a new style of bumpers blending Nick Jr. characters with a colorful CGI environment. In addition, commercial breaks were introduced in October. The Noggin brand stayed dormant for several years, but it was eventually relaunched as a streaming service in March 2015.

From it's launch 2009-2015, the channel would have a different "theme" each month. A short, animated music video was produced for each theme. In addition, selected episodes of the channel's programs that were related to a certain theme (such as pirates or music,) were shown. Examples included "Wild Safari," (animals,) and "Spooky Tales," (Halloween.)

Most Nick Jr. programming is aimed at preschoolers aged 2 to 5 years old. A late-night programming block aimed at parents, NickMom, aired on Nick Jr. from October 1, 2012 to September 28, 2015.

As of August 2013, the Nick Jr. channel is available to approximately 76,389,000 pay television households (66.89% of households with television) in the United States.

FuboTV (an internet television service founded in 2015) added Nick Jr. to their live TV service, along with VH1, MTV, CMT and more on April 30, 2019. Nick Jr. programs can also be found on its Nick Jr. Pluto TV channel.

On May 21, 2018, the channel refreshed their imaging with new interstitial pieces and updated curriculum notices, and began to promote themselves as the "Nick Jr. Channel" audibly and visually to avert confusion with the Nickelodeon block.[1] The Dora the Explorer episode "Dora Rocks!" was the first program to air with this look.[2]

As of 2017, Commercial breaks pop up during a show's episode run, including first-run shows have done that same thing, only made in-house.

An HD feed of the channel was launched on August 1, 2013, broadcasting at 1080i 60 lines.[3][4] As of 2017, many cable providers, along with DIRECTV, U-verse TV, and Verizon FiOS, carry the HD simulcast feed and downscale it to letterboxed 480i for the standard definition feed.

Nick Jr. on Demand is the network's video-on-demand service, which is available on most subscription providers. It carries Nickelodeon's preschool programming.

Streaming service Pluto TV, which Viacom acquired in January 2019, added a free version of Nick Jr. on May 1, consisting mainly of older library and archive content.[5] 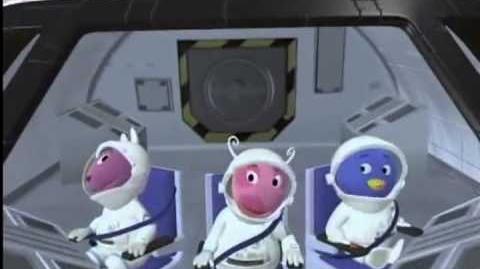 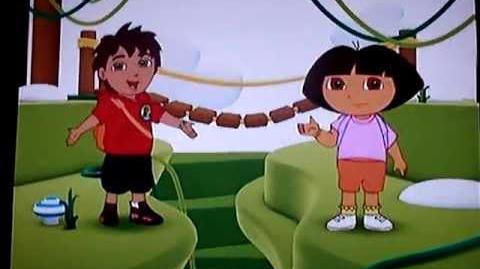 Nick Jr. The Smart Place to Play Wild Safari
A music video for one of the channel's monthly themes: Wild Safari.