Nick in the Afternoon

Nick in the Afternoon

Nick in The Afternoon was a programing block that aired on Nickelodeon on weekday afternoons during the summer from 1995 to 1998. It was hosted by Stick Stickly, a popsicle stick voiced by Paul Christie.

During its first summer, the programming consisted of normal Nickelodeon shows that would have aired regardless, but come its second summer, Nick in the Afternoon made some key changes. Instead, it showed preselected Nicktoons with added segments such as "U-Pick" (viewers pick what show and episode they want to see) and U-Dip (viewers pick which substance Stick Stickly is dipped in or any substance at all using their bare feet). Viewers occasionally chose a program that had not been aired on Nick in years, such as You Can't Do That On Television, or from time to time would select a Nick at Nite program such as I Love Lucy, The Munsters, or The Brady Bunch. The preselected segments were indicated by a dial using Stickly as the spinner, so as to keep the cartoons a surprise.

When giving viewers the address at which they could write him, Stick Stickly would sing a little (and easily memorized) jingle:

After the Internet became mainstream, a note stating "...or e-mail me at nick.com" was added to the end.

Stick Stickly on The '90s Are All That

Stick Stickly segments from the block have been used in promotions for The '90s Are All That, and on September 6, 2011, during The '90s Are All That block, a commercial announced that Stick Stickly would be returning to television on Friday October 7, 2011 at midnight. The character has been updated for modern times, with a vocabulary that not only makes frequent reference to modern amenities such as Facebook, flat screen TVs and Jersey Shore, but also has been updated with a more adult sense of humor to reflect the older late night television audience. Stickly hosts "U-Pick with Stick" each Friday, where users on The '90s Are All That website can request up to four shows to be seen. The winning "pick," which is decided by an online vote (another sign of modern times), is announced by Stick Stickly. Stickly is also taking questions by use of a Twitter hash tag, #POBox963, a reference to his old 1990s era jingle from Nick in the Afternoon.

It was later announced in December 2011 that U-Dip would also make a return, joining a long list of objects dropped on New Year's Eve at midnight.

Stick Stickly made an on-air appearance on The '90s Are All That from August 5–8, 2013, in which he hosted the "'90s Game Show Week" on the block, and returned to doing U-Picks in June 2015 as part of "Stick's Summer Down Adventures" which aired on Wednesday nights from June 17–July 15, 2015 (the last week being Stick's Picks). This was the result of the re-branding of '90s Are All That with The Splat. 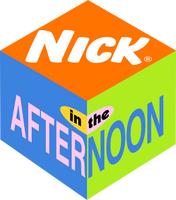 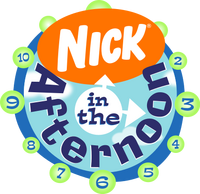 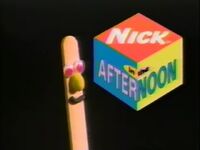